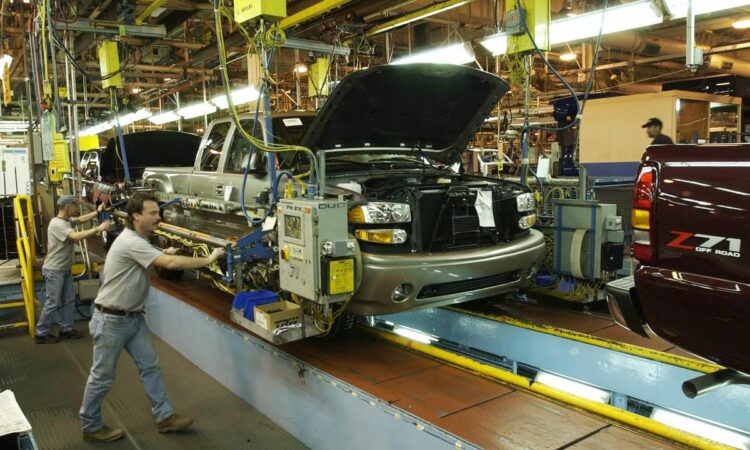 The ongoing COVID-19 pandemic is starting to hit automakers harder now, more than a year on, than it did in the early months of shutdowns. This time it’s not buyers staying home or workers unable to work, it’s a shortage of components that started with microchips and continues to grow into other areas. Reports are saying that nearly 2.39 million vehicles won’t get built this year as a result. Figures that could continue to grow.

The plant closures started to be announced in January, following a continued shortage of microchips related to increased demand for the components that are found in nearly everything electronic. Canadian plants affected are now extensive throughout the sector. GM announced downtime at its CAMI plant in Ingersoll that started Feb. 8 and has currently been extended through at least mid-April. Stellantis has paused production at both of its Canadian plants, Brampton and Windsor, through at least mid-April as well. Ford has also paused production at its Oakville plant.

In March, Honda announced a week of suspended production of all of its plants in the U.S. and Canada during the week of March 22 and said that the slowdowns could continue. Toyota, the last automaker that hasn’t reported Canadian production issues, says that they could be coming. Renesas Electronics Corporation, a semiconductor producer, announced their Naka plant in Japan suffered a fire on March 19. “While we do not have a full assessment of the situation at this time, our purchasing and supply chain teams are working diligently to better understand the potential impact to our operations,” they told us in a statement at the end of last month. The last update from Renesas suggests it could be months before things return to normal there. Meanwhile, Toyota’s U.S. facilities have been seeing slowdowns this year including some stoppages.

The semiconductor shortage began due to increased demand for all consumer electronics, with nearly everything you buy that uses electricity needing them and in high demand, but it has expanded in several other areas as well. The power grid crash in Texas combined with severe winter weather in that state and the surrounding area froze even more production as well as impacting production of petroleum products used for seat foam, automotive coatings and a host of small behind-the-scenes parts supplier issues. A mid-February earthquake in Japan took some suppliers offline there, leading to yet another source of shortages.

Now even shipping containers are experiencing a shortage, so parts that are made can’t be moved from suppliers to where they are needed. A smaller issue for larger parts that are usually made within trucking distance of plants, but for anything crossing the ocean this is a major issue. More than 90 per cent of goods shipped use the metal boxes, but production slowed along with slowing trade with China in 2019 before a boom in the second half of 2020 caught container makers off guard.

How bad is the shortage? Automotive News Canada reports that AutoForecast Solutions expects 2.39 million vehicles to not be produced as a result. That’s more than double their forecast of just a week before, showing that the issue is worsening. GM has already said annual profit could be trimmed by US$2 billion in 2021 related to shortages, while Ford has said its profits would be reduced by US$1 billion, a number that’s expected to grow when Ford reports first-quarter results at the end of this month.

While automakers and other affected groups push for a solution, it will take time to resolve. Until then, expect to see dealership inventory shrink, incentives dry up and even used car prices continuing to rise.