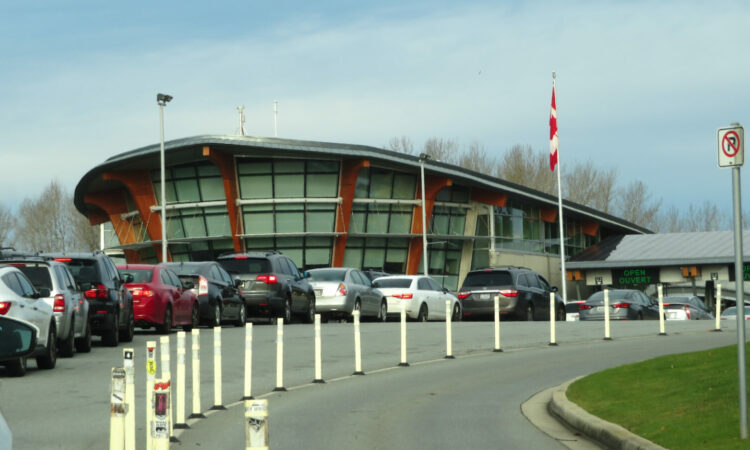 An off-duty truck driver caught at the U.S.-Canada border with 13 bricks of heroin in a car was found not guilty on two drug charges by a Canadian judge who determined that his version of events was “plausible.” The driver maintained that someone must have placed the drugs in the trunk while he helped fix another trucker’s rig at a rest stop.

Dump truck driver Gurpreet Mand was found not guilty on April 1, more than three-and-a-half years after his arrest in August 2017. Mand was attempting to reenter Canada at the Douglas border crossing linking Blaine, Washington, to Surrey, British Columbia.

British Columbia Supreme Court Justice Neena Sharma voiced skepticism about Mand’s account and his innocence in her ruling but wrote that the prosecution had failed to make its case.

“For the reasons discussed in this judgment, although I did not completely believe that Mr. Mand did not know about the heroin, I have a reasonable doubt about his knowledge,” Sharma wrote.

Mand testified that he made a quick trip across the border to help a friend and truck driver who had broken down. He was driving a courtesy car supplied by an auto body repair shop, which was repairing his wife’s car.

Canada Border Services officers discovered the heroin inside a suitcase in the Hyundai’s trunk. Mand maintained that he had no idea he was transporting the drugs, which had a wholesale value of about $790,000.

Sharma pointed to the lack of forensic evidence, such as fingerprints, tying Mand to the drugs.

Mand had been a trucker for about 10 years at the time of his arrest. Before purchasing a dump truck in May 2017 to work in British Columbia, he frequently did cross-border runs to the U.S., according to the court decision.

According to Mand’s testimony, he became friends with another driver, Pirthi Sidhu, while working at a trucking company in British Columbia before setting out on his own as a dump truck driver. Mand said he had three phone conversations with Sidhu on Aug. 17, 2017, and learned that his friend was having problems with his truck near the Canadian border while returning from a run to California.

According to Mand’s testimony, he ultimately agreed to drive out to help Sidhu, who had reported that a repair service would charge too much to come out.

That night, Mand said, he used the Hyundai supplied by an auto body shop and crossed the U.S. border shortly after 11 p.m.

Mand testified that he met Sidhu at a rest area and helped him replace a radiator pipe. Mand said that he may have left his car unlocked during the process and that there were multiple people at the rest stop.

Mand arrived at the Canadian border around 1:16 a.m. He told a Canada Border Services Agency officer that he had gone to the U.S. to get gas. But the officer testified that he was suspicious because Mand had been in the U.S. for two hours. Mand then went on to explain that he had also gone to meet a friend.

Adding to the suspicions: A gas can in the trunk was empty.

The prosecution pointed to the interaction with two border officers as evidence that he was concealing the true nature of his trip. Mand, under cross-examination, said he was simply trying to get through the border quickly at the late hour and that as a non-native English speaker it would have been more difficult to explain the full story.

A border officer also testified that he asked Mand about the suitcase in the trunk, and that he said it contained his wife’s clothes.

However, Sharma ultimately lent more credibility to Mand’s own account of his interactions at the border. She pointed to inconsistencies between a video of the encounter and the officers’ characterizations that he seemed nervous and fidgety.

While Sharma was ultimately not convinced that there was evidence beyond a reasonable doubt that Mand knew about the heroin, she wrote that some parts of his testimony “are troubling in terms of his credibility.”

Sharma pointed to Mand’s failure to mention to border officers that he was fixing his friend’s truck, as well as a series of text messages sent by Sidhu after their encounter and a receipt from a purchase in California.

One message sent by Sidhu to Mand was translated from Punjabi to English by a court interpreter as either “How are you no one is there” or “How are you is there no one?” Mand replied, “No.”

The receipt in Mand’s wallet raised questions because he testified that he didn’t recall being in the U.S. at the time. Mand offered that the receipt may have come from a friend, and it was for an item that he intended to purchase himself.

Despite these issues, Sharma ultimately concluded that there were other explanations for the evidence apart from Mand knowing about the heroin.

“Instead, I find it plausible that Mr. Sidhu, or someone working under Mr. Sidhu’s direction, put the suitcase with heroin into Mr. Mand’s car while he was repairing Mr. Sidhu’s truck at the rest area,” she wrote.