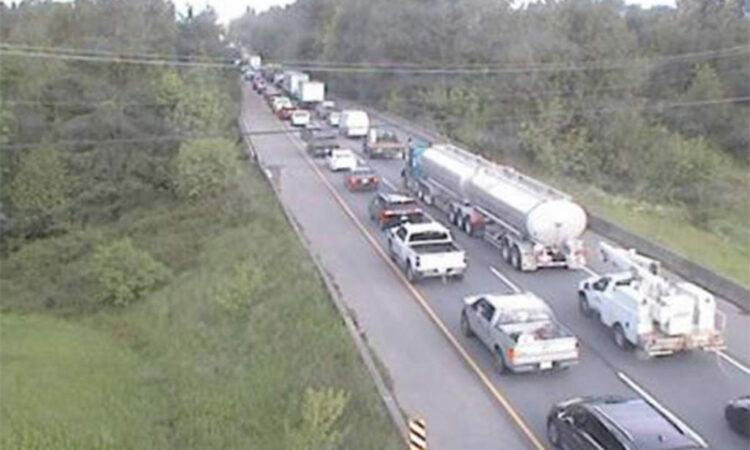 A semi-truck that struck a vehicle in Langley remains in the ditch Tuesday morning and is slowing down traffic on the Trans-Canada Highway westbound through Abbotsford.

“The semi-truck struck a traffic control vehicle that was controlling traffic in the slow lane while maintenance was being done on the highway,” explained Andy Hewitson, assistant fire chief with the Township of Langley.

There were no injuries to the driver of the semi-truck, Hewitson said, but the occupant of the traffic control vehicle sustained minor injuries and was taken to hospital.

Traffic has backed up into Mt. Lehman Road in Abbotsford; commuters should plan for an alternate route.