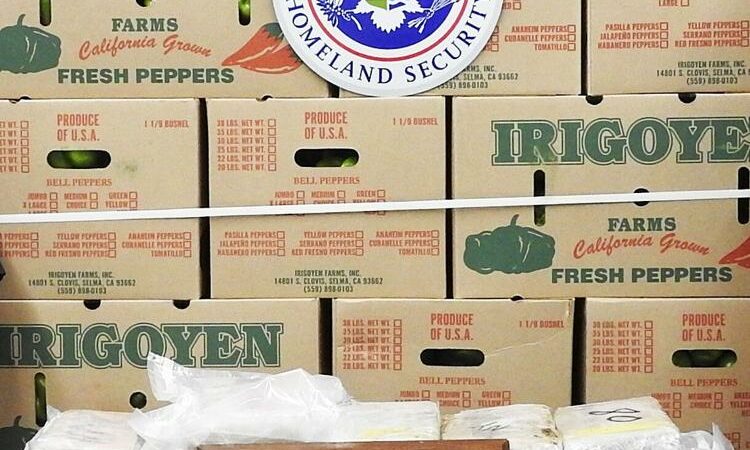 U.S. Customs and Border Protection (CBP) Office of Field Operations Area Port of Sweetgrass announces the seizure of 69.5 pounds of cocaine from a commercial vehicle on Thursday.

While conducting outbound operations, CBP officers assigned to the Sweetgrass Port of Entry encountered a commercial truck operated by a female Canadian citizen. The trailer contained a commercial load of watermelons and peppers destined for Canada. Officers referred the truck for further inspection.

During an in-depth inspection of the truck and trailer, CBP officers discovered bags concealed within the cargo. These bags contained a substance which tested positive for cocaine.

“Utilizing high-tech tools, our frontline CBP Officers used a combination of their training and experience to detect and seize 69.5 pounds of cocaine in the cargo environment,” said Area Port Director Jason Greene, Sweetgrass Port of Entry. “The ability to facilitate lawful trade and travel while sustaining a focus on enforcement, is critical to our border security mission.”

CBP officers turned the case over to the United States Attorney’s Office for prosecution.