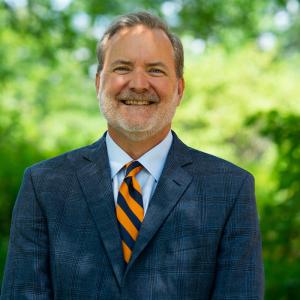 This collaborative report from a team of American and Canadian scholars, publically available online since early August, responded to a request from Canada’s government months ago for an assessment of the impact of the border closure due to COVID on businesses and communities from the Atlantic to the Pacific.

The timing of the report seemed to coincide with Canada’s recent limited reopening of the border to vaccinated travelers from the U.S., emphasizing how vital a full border reopening will be economically, socially and culturally for both the U.S. and Canada. The report presents data and anecdotal observations from Ayres and the other scholars. A total of eight researchers including Ayres took part – six based at U.S. institutions and two at Canadian institutions.

“The idea was to get data out to show that this is really having a damaging impact and harming communities along the border,” said Ayres, who got an invitation in early winter of 2020 to join a research team based at the Border Policy Research Institute at Western Washington University, headed by Professor Laurie Trautman. Ayres was tasked with reporting on border regions covering eastern New York, Vermont and the Montreal, Quebec region.

One dramatic statistic that Ayres cites in his part of the report is the “97 percent decrease on personal travel between eastern New York, Vermont and Montreal” during the nearly 17-month border closure”– but only a seven percent decline in truck traffic, since Canada and the U.S. “agreed essential travel would continue,” said Ayres

“Really it’s the relationships, families, border communities that were arguably affected most,” he said — an informed impression supported by his months of research that was as much anecdotal and observational as strictly data-driven, drawing from his expertise, interviews and other research. “I spent several weeks in the spring doing as much research as I could, including content analysis of news and reading government reports,” said Ayres.

His report includes sections on the impact of the border closure upon the ski industry. “The Vermont ski industry was really hammered by Canadians not being able to come over the border,” Ayres said, noting in particular the example of Jay Peak right at the border, with the sale of passes down 30 percent over the time period covered by the study.

His part of the report also tells about life in the Vermont border town of Derby Line, with personal human anecdotes that include people who checked out books on the border-hugging library there and couldn’t return them, or other restrictions that affected recreational youth travel, or “all sorts of things like that which were disrupted.”

Photo: Graphics are from the section written by Ayres in the recently released Border Barometer report

An introduction to the official Border Barometer report explains its purpose and scope: “The arrival of the COVID-19 pandemic marks a pivotal moment for border operations and policy. Governments and private industry around the world are trying to develop and implement screening protocols to protect travelers and limit the spread of the virus. This Border Policy Brief explores efforts to incorporate public health concerns into approaches to ease the border restrictions between the U.S. and Canada. The brief outlines key guiding principles, as well as specific pilot projects that have the potential to advance safe and healthy cross-border mobility.”

The study, now posted online and available for all to read and discuss, identifies “Key Principles for a New Era of Border Management” — namely: “Move to more seamless and touchless processing to minimize contact between travelers and border officers while maximizing efficiency; Establish a health pre-clearance model so that submission and verification of individual health data is done prior to arrival at the land border; and, Establish platforms to collaborate between multiple agencies.”

The team had numerous Zoom meetings as the report research unfolded over the past 17 months, Ayres said, including one long debriefing session with officials from the Canadian government in Ottawa that everybody found interesting and helpful. “The goal was to highlight that closing the border isn’t just a mere inconvenience – it really hurt local economies on either side of the border, and it also disrupted families and relationships. Our hope was that people would recognize what’s at stake for having the border open as soon as possible.”

Ayres stressed that all the study team members fully recognized the dangers of COVID, even while seeing in dramatic detail during their research the impact of resulting border closures.  “Nobody thought the closure of the border to non-essential traffic in March 2020 was an incorrect move,” he said, given the necessary priority of health considerations during such a crisis. “For a while the government felt a lot of pressure in Canada to keep the border closed because of concerns of COVID – and yet, now, it’s kind of odd in that the vaccination rate in Canada has exceeded that of the U.S., yet they’ve opened to us and we haven’t opened to them.”

But even while understanding the COVID health concerns, Ayres said, it was important for the Barometer group to “raise the profile of the damage and dislocation this border closure was creating and perhaps encourage more creative brainstorming and thinking on how we might open it safely again.” Previous, more general “Border Barometer” studies in past years that he has read or been part of have looked more broadly at business and family impacts of border policies, Ayres said.

The recent Border Barometer project was funded by the Canadian government, while directed by the team at an American university, so both countries were well-represented and invested in the research, he said. Ayres and his collaborators from both American and Canadian universities each received a stipend for their work, and he was charged with studying the eastern New York, Vermont and Montreal, Quebec region by Marc Jacques, the Academic and Economic Affairs Attaché from the Canadian consulate in Boston.

Ayres identified the following “Key highlights” in his section of the report:

His report closes with these conclusions:

“Certainly, it does seem that the weaker Canadian dollar of recent years as well as the more restrictive immigration policies of the Trump Administration may have given some individuals in Canada second thoughts about the wisdom of crossing the border into the U.S. prior to the onset of the COVID-19 pandemic. But it is clear that the year-long border restrictions due to the virus have been deeply painful and disruptive for many families and small businesses in the borderlands north country, many of whom would have preferred a more regionally based or phased border closure and reopening approach by the Canadian and US governments. Unquestionably, once the border restrictions are lifted, there needs to be greater federal and subnational attention to what is likely to be lasting damage to the economic well-being and social capital of these borderland communities in the greater Vermont–Plattsburgh, New York–Montréal, Québec region.” Photo: Graphics are from the section written by Ayres in the recently released Border Barometer report