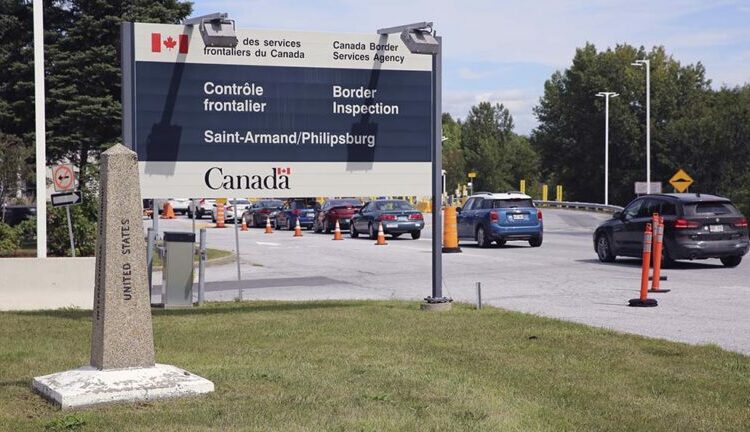 HIGHGATE SPRINGS, Vt. — A giant infrastructure deal being considered by Congress includes $3.5 billion for improvements to 30 land ports of entry on both the Canadian and Mexican borders, officials said in early September.

Vermont Democratic U.S. Sen. Patrick Leahy and Robin Carnahan, the administrator of the U.S. General Services Administration, toured the U.S. port of entry from Canada at Highgate Springs Sept. 1 to focus attention on the proposal.

They say the upgrades are needed to speed the crossing of both people and goods between the two countries, while enhancing security and building state-of-the-art energy saving structures.

If approved in its current form, the federal infrastructure bill would spend $3.5 billion to upgrade 30 ports of entry on both the Canadian and Mexican border.

Of that, $285 million would be used to upgrade five ports of entry in Vermont, including $170 million to renovate the Vermont port in Highgate Springs at the northern terminus of Interstate 89, which links the United States with Saint-Armand and Philipsburg, Quebec.

The move comes as the Canadian government is moving to complete an autoroute that would reach the border at Highgate Springs, which will mean more traffic entering the United States through Vermont, Leahy said.

“I think that’s a very good thing, but we’ve got to be prepared for it,” Leahy said during a news conference outside the border post.

Carnahan said Congress has the opportunity to do something “really big” with the infrastructure package.

“It is a once in a generation opportunity to really invest in our infrastructure again, from roads and bridges, to ports to clean water and broadband internet across the country,” Carnahan said.

During construction, the projects would create up to 2 million jobs, Carnahan said

The money for the ports of entry would be included in the $1 trillion Infrastructure Investment and Jobs Act that was passed last month by the Senate by a vote of 69 to 30. The bill includes funding for hard infrastructure project like roads and bridges, rail, transit, ports, airports, electric grid, water systems and broadband internet access. While it has passed the Senate, it had not yet passed the House at the time of this writing.

The legislation is separate from a $3.5 trillion spending plan being worked on the House that some consider on a par with the New Deal that was used in the 1930s to help the country recover from the depression.

In Vermont, the other border posts that would be included are in Alburgh Springs, Richford, Norton and Beebe Plain.