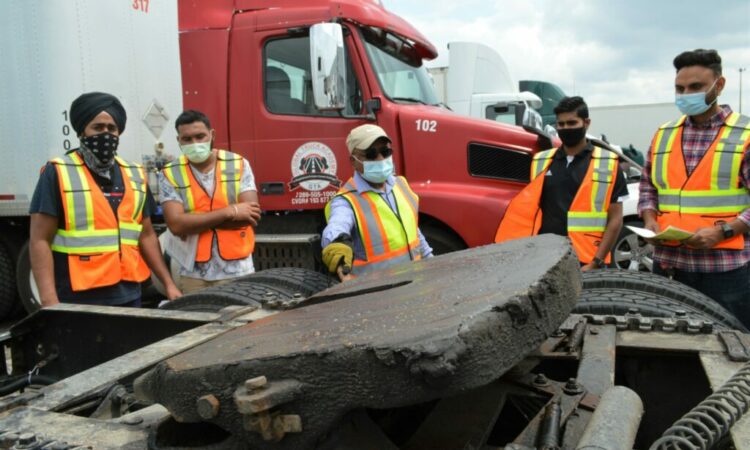 New Brunswick has implemented new restrictions for travellers and the Atlantic Provinces Truckers Association says it will impact the industry and the supply chain.

On Wednesday, Premier Blaine Higgs announced that people would have to show proof of vaccination at the border and be subject to restrictions based on their status, including 14 days of isolation.

It comes as cases continue to mount in the province under the green phase of COVID-19 recovery.

“This is going to have some huge impact on the industry,” he said in an interview Thursday. “We’re still not clear on certain things, but we’re told, yesterday, they needed to show proof of vaccination or they should go into isolation for 14 days when they come back into New Brunswick, which essentially would disrupt the supply chain, really.”

The trucking industry has met challenges before, including getting modified isolation when vaccinations began to roll out. It also faced extensive waits during a blockade of the New Brunswick-Nova Scotia border.

However, Higgs has made it clear that the restrictions won’t be subject to the same enforcement.

He said registration and proof of vaccination would operate on an honour system.

Picard said it leaves a lot up in the air.

He said vaccination rates in the industry fall in line with the general population, or around 80 per cent. Picard added that the group cannot mandate vaccinations but many retailers and suppliers already are.

“We are an essential service. Goods have to move whether its food or medical supplies so any kind of interruption as you know can be significant even if it is only for 24 hours.”

The modified isolation option remains in question, Picard said, but he said the association meets with the government at 9 a.m. on Sept. 17 to discuss the new rules.

“So, this thing is really amplifying and it could really have some huge impact,” Picard said.