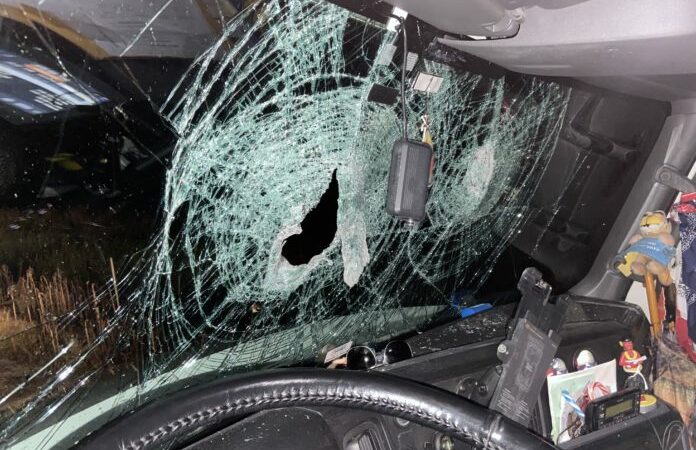 Canadian police are searching for suspect who damaged multiple vehicles by throwing rocks from an overpass on Saturday night.

The rock throwing incident occurred around 8 p.m. on Saturday, September 18, near Bainsville, Ontario.

Neither truck driver was hurt.

Several other vehicles were also damaged by the rocks thrown in the roadway, according to police.