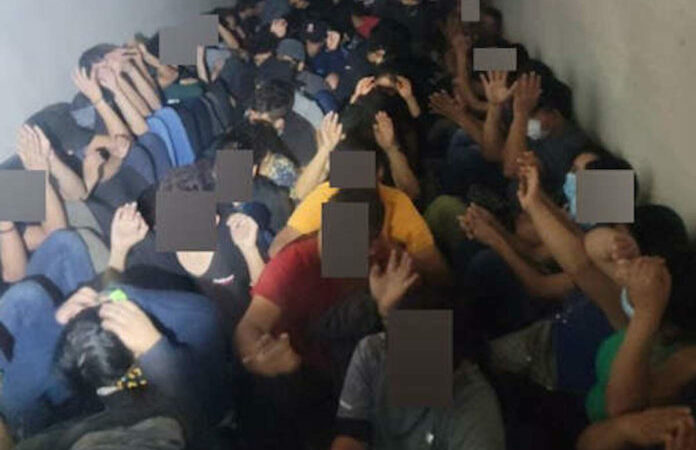 US Border Patrol Agents discovered a total of 142 migrants packed inside a semi truck working in tandem with an SUV in New Mexico late last week.

The migrants were discovered on Friday, September 17th near Anthony, New Mexico.

According to The Deming Headlight, agents from the Ysleta Border Patrol Station were notified of a potential human smuggling situation when two nearby agents witnessed two vehicles pull over with a semi truck along a frontage road.

Agents arrived at the scene and went to check on the occupants in the first car, where they discovered 11 migrants. Agents then checked on the second car, where they found only two US citizens before checking on the semi truck.

The truck driver granted permission for agents to search the trailer, where they discovered 131 migrants. A total of 142 migrants were apprehended. Agents say that this is the largest group of migrants found inside of a tractor trailer in recent memory, apart from those discovered directly at a border checkpoint.

“Glad we were able to rescue this large group of migrants who were placed in grave danger in the back of a tractor-trailer.”