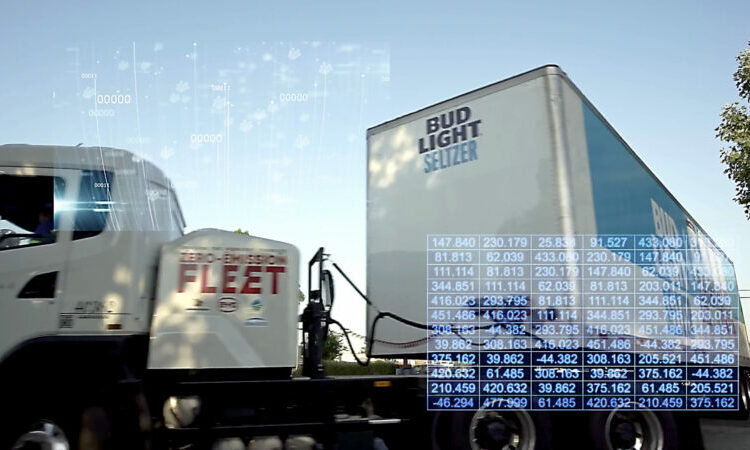 After three weeks of real-world demonstrations, the Run on Less — Electric (ROLE) study — put on by the North American Council for Freight Efficiency (NACFE) and RMI — has yielded exciting findings.

Thirteen companies with medium and heavy-duty commercial fleets from across Canada and the U.S. used their own electric trucks from various manufacturersto run a typical daily route and carry real freights, while the metrics were tracked and measured by Geotab — an Oakville, Ont.-based fleet tracking and management services firm.

This was the third bi-annual ROLE demonstration, but the first time NAFCE wanted to focus on all-electric fleets. The 13 participants set off on their routes on Sept. 2, rolling around their respective cities and racking up a total of over 11,000 kilometres, completing 1,692 deliveries, saving up to 11.72 tonnes of CO2 and charging a total of 10,331.6 kWh in 18 days.

“We believe all those trucks…are electrifiable. And what we mean by electrifiable is that the trucks can do the job, we have electric trucks available from the manufacturers [and] we have chargers that can do this work,” said Roeth, during a press event held virtually on Sept 22.

From the competition results, NACFE concluded that transitioning those trucks to electric is feasible today. Were that to happen, about 100 million metric tonnes of CO2 could be offset — an amount equal to shutting down 25 coal-fired power plants.

Converting to all-electric trucks would also require roughly 168 GWh of electricity for charging — an additional five per cent draw, on average, on the grids.

What does it all mean?

For the next six to 12 months, NACFE, RMI and Geotab will dive deeper into the data collected from the ROLE competition, interviews with the participants and the findings from NACFE’s Electric Truck Bootcamp, which consisted of a 10-episode video training series on electrification that was released every two weeks between April and August.

Roeth said NACFE has discovered 10 findingsthey would like to review in more detail before publishing a final report. It also plans on publishing several smaller reports addressing what the data means for the four market segments it believes are ready to fully electrify.

With 234 days total worth of data collected (18 days times the 13 vehicles), Charlotte Argue, senior manager of fleet electrification at Geotab, says in an interview with Electric Autonomy Canada that getting the chance to see real-world data will give fleets that are nervous to adopt EVs a chance to see examples of how earlier adopters are “heading up the leading edge.”

“Thirteen vehicles is a very small data set and they’re all different vehicles,” said Argue. “However you can take that information and say, ‘here are some examples of the actual performance of these vehicles. What, theoretically, could the opportunity be?’”

In the future reports, Roeth said NACFE and RMI will also be explaining the challenges the 13 trucks faced, which included charger and normal truck machinery issues.

“We had days where the truck, in most cases, had no trouble with the powertrain. We had some other strange downtime events on some of the trucks, and some vacation time for drivers and so forth. But all of the trucks operated very well during the three weeks and we are excited to tell the news of what happened,” said Roeth.

The final results from the competition were collected through Geotab’s GO9 telematics devices that were attached to each participating vehicle. The device is able to track details on the weather, kilometres travelled, and deliveries completed, as well as the state of battery charge over the day, charging data, and the levels of regenerative braking.

“For Geotab’s involvement with the EV Run on Less this year, we’re in a position where we have the ability to pull EV data off of [about 170] different makes and models…which is actually very hard to do in the industry because there’s no standard on the On-Board Diagnostics for how that is communicated,” said Argue.

Earlier this month, Electric Autonomy reported on the first-ever Canadian entrants in the ROLE study — Day & Ross in Montreal and Purolator in Vancouver.

Day & Ross, a transportation and logistics company, based in Hartland, N.B., entered the demonstration with a Lion class 6 truck deployed in Montreal, with a battery pack capacity of 252 kWh and a range of up to 290 kilometres.

After 18 days, the Day & Ross truck travelled almost 1,216 kilometres and dropped off 27 deliveries. The truck was inactive 56 per cent of the time, charging for 24.6 per cent and driving for 8.37 per cent. The distance by speed range was between 32-63km/h for almost 40 per cent of the competition.

Looking to the future

Rob Reich, executive vice-president of Schneider, a transportation, intermodal and logistics services provider based-in Green Bay, Wisconsin — one of the competition participants — joined the Sept. 22 press event and said his company is looking to set stronger zero-emissions truck goals and is taking inspiration from the results from Run on Less’s real-world application.

“We’re just looking to learn and identify where can we apply these battery electric vehicles in the future…and we take away from Run on Less that there are ways to do that today. And so I think the opportunity to move faster and more aggressively is what Run on Less really presents to us.”

Overall, for fleets looking to set realistic electrification goals, he adds, “The first step is simply taking a look at your current network characteristic and identifying where you have these lengths of hauls or operating characteristics that the vehicles can support. The other half is working with your customers. We know the shipping community is equally interested in sustainability and the future of battery-electric vehicles.”

“The reality, as NACFE has shown, is that there are some parts of that market that are actually ready and are on the verge of flipping over,” said Berube.

“It will actually make economic sense, between the fuel costs and the lower maintenance cost with electric trucks.”

More details on the metrics of each of the 13 electric fleet participants can be found on the Run on Less website.