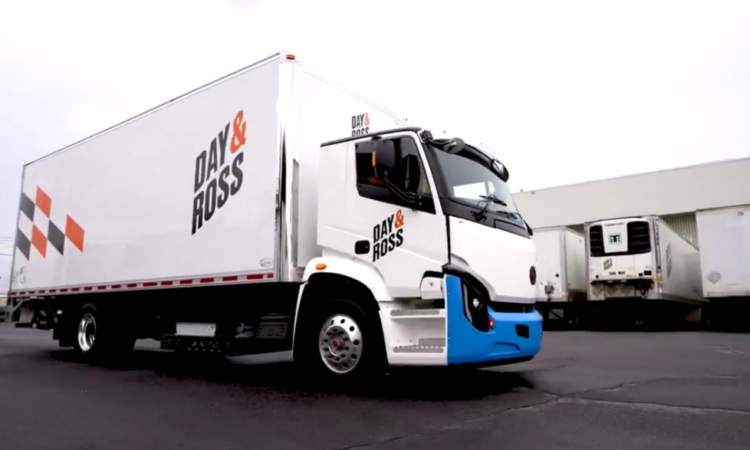 Run on Less – Electric has concluded. And the conclusion is, there are a lot of fleets and applications that could be electrified today.

The three-week demonstration put on by the North American Council for Freight Efficiency (NACFE) ran from Sept. 2-19, and featured 13 electric trucks – including two in Canada – in a wide range of applications. Performance metrics were tracked and posted daily on RunOnLess.com.

Mike Roeth, executive director of NACFE, said there are about 5.2 million active trucks in the U.S. and Canada within the four segments represented in Run on Less: vans/step vans; medium-duty box trucks; terminal tractors; and regional tractors. Looking at their duty cycles and mileage, NACFE says there is potential to remove about 100 million metric tons of CO2 from the trucking sector, equal to shutting down about 25 coal-fired power plants.

“We believe all those trucks in this population are electrifiable,” Roeth said.

To electrify that population of vehicles would take 168,582 gWh, or about 5% of today’s electricity demand.

Rob Reich, executive vice-president of Schneider and chairman of the NACFE board, said a key finding was that “there’s absolutely ways to [electrify] today. The opportunity to move faster and more aggressively is what Run on Less – Electric presents us.”

Canadian participants included Purolator, running a Motiv-powered step van, and Day & Ross, which deployed a Lion6 box truck. Reich said Schneider recently ordered 50 electric trucks for its California drayage operations and will be looking for additional opportunities within its network to electrify.

“The first step is simply taking a look at your current network characteristics,” he said. “The other half is working with your customers. We know the shipper community is equally interested in sustainability and the future of battery-electric vehicles.”

Roeth said NACFE collected 234 days worth of metrics through the exercise. One of the more surprising findings was that the trucks rarely returned from their routes with a low charge.

“We asked fleets why they were never getting below a 50-60% state of charge,” Roeth said. Fleets reported they were being cautious due to range anxiety, and their desire to learn the vehicles’ limitations before deploying them on longer runs.

While the demonstration has wrapped up, the analysis is just beginning. Roeth said NACFE has about 10 findings it wants to examine in more detail.