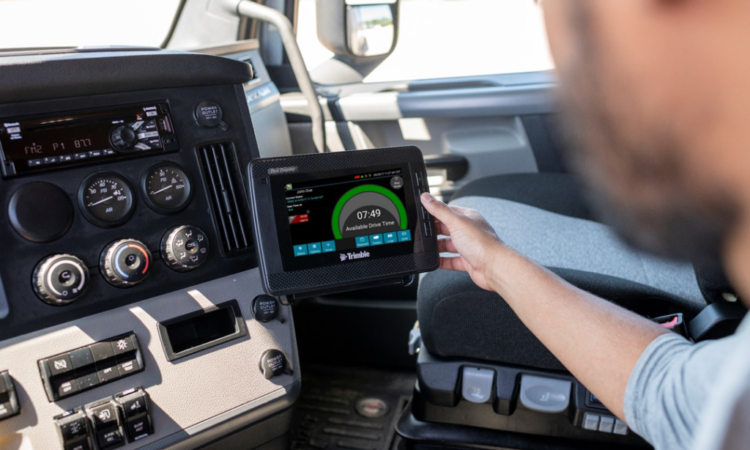 Federally regulated trucks that lack certified electronic logging device (ELDs) could receive formal warnings as early as December if they travel through Alberta or Manitoba – even though Transport Canada has approved just a handful of models.

The looming enforcement timelines are just the latest wrinkle in the rollout of a federal ELD mandate, which officially took hold on June 12 before any devices were certified as meeting related technical standards. Jurisdictions agreed through the Canadian Council of Motor Transport Administrators (CCMTA) to phase in enforcement without punitive penalties until June 12, 2022.

Alberta officials have told the Private Motor Truck Council of Canada (PMTC) that the province may ease away from the deadline for its official warning notices, but nothing has been committed in writing. Manitoba officials also continue to be “stubborn,” said PMTC president Mike Millian, during an ELD update offered to association members.

The warnings would not apply to driver abstracts or fleet profiles.

Transport Canada has identified six devices that have been certified as meeting underlying technical standards, but other suppliers still require approvals from one of three approved certification bodies.

But Millian continues to support the mandate, even if he questions the timelines.

“The rigorous process is what was needed,” he said, referring to self-certified devices in the U.S. that allow Hours-of-Service data to be manipulated. “You’re going to see issues with devices that are certified in the U.S., that are never going to be certified here.”

Devices installed prior to certification will require software upgrades or need to be replaced.

Suppliers have faced some challenges of their own.

“The yardsticks have moved with the change in the [technical] standards,” said Marc Moncion, Fleet Complete’s vice-president – safety, compliance and regulatory affairs. Rules were clarified on at least three occasions after first being introduced.

A process originally expected to take six weeks has taken six months or more, added Mike Ahart, Omnitracs vice-president of regulatory affairs. And the process is expected to continue for months yet.

Then there’s the issue of actually sourcing the related hardware.

“The availability of the equipment is also top of mind,” said Frank Stowers, senior product manager of Trimble. “We’ve experienced some supply chain challenges relating to the chip shortage.” But that has also hit every corner of the trucking industry, he said. “These supply chain problems are real and impacting the industry, but we’re confident in our ability to meet our customer needs.”

Even those who use systems that work on consumer-grade tablets will unlikely be able to order 100 tablets from a local Best Buy, Ahart said.

No matter what equipment is available, introducing an ELD also takes time.

“You’re looking at three months – and in a lot of cases more than that, and that’s after you did your due diligence, selected your solution, and made your order,” said John Thomson, vice-president at TKT Fleet Technologies.

Assuming a fleet with 50-100 trucks knows the ELD it wants to buy, it can take 30 days to get the equipment, and two to four weeks to install depending on the availability of the trucks. There’s back-end work to integrate databases, and training needs for office staff and drivers alike.

“You don’t want 100 drivers in the room when you’re trying to deliver something like that,” he said, referring to another month of time.

Still, he believes many fleets don’t plan to pay attention to the issue until spring.

Who needs an ELD?

Not everyone will require an ELD, though. The rules established so far apply only to federally regulated carriers. Other exemptions include pre-Model-Year-2000 tractors, vehicles rented no more than 30 days, and trucks that always remain within 160 km of their home terminals.

But Millian and supplier representatives stressed the need to begin to prepare for the mandate sooner rather than later.

“Begin researching your suppliers and devices if you haven’t already. Ask the tough questions,” Millian said. “Review your routes. Speak to your drivers. Some routes may need to be adjusted.” Some fleets may not even know about the “creative writing” that drivers are adding to paper logbooks in a bid to make it look like the trip complies with Hours-of-Service rules, he added.

Drivers may even need further training in the underlying Hours of Service rules themselves. Many could be unaware of the reasons why the devices begin to flag warnings, said Moncion, referring to confusion that can arise around sleeper berth rules or the deferred time that is unique to Canada. “It’s really important to really understand the regulation.”

So, too, will fleets and drivers need to be aware of issues around unidentified equipment moves.

Even the smallest equipment moves will eat into available driving time. The units switch to driving time beyond 8 km/h, or once the truck travels beyond the 75 km allowed for personal conveyance, Ahart said. Even a yard move at 32 km/h will switch the ELD to driving time.

“You can lose all kinds of time that could formerly be remedied with an eraser,” added John Thomson, vice-president TKT Fleet Technologies, referring to personal conveyance as an example.

To compound the issue, fleets with older electronic on-board recording devices will lose the ability to revise errors in the back office. The best they’ll be able to do is to enter notes and hope that enforcement teams understand.

“There’s change management that will happen in your fleet as you’re transitioning from paper,” said Jean-Sebastien Bouchard, executive vice-president of sales and co-founder of Isaac Instruments. “Your biggest enemy is time – and your best ally is time.”

It will all add to training needs. “If you don’t set aside that training, then you’re not doing your driver justice,” said Fred Fakkema, vice-president – safety and compliance and Zonar Systems.

“The ones that are sitting back and doing nothing,” Millian warned, “that’s your own problem.”