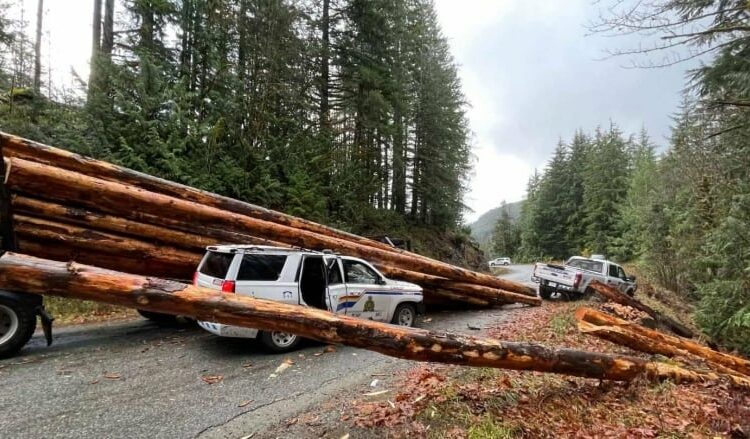 The RCMP said in a release that the officers were driving on a logging road near Port Renfrew, heading to enforce a court injunction against blockades set up to protest old-growth logging in the Fairy Creek watershed.

As the RCMP vehicles rounded a corner, a logging truck travelling in the opposite direction struck the first vehicle, dislodging its load of logs, which then hit the second police SUV.

Three officers were taken to a local hospital for assessment. Their injuries are believed to be non-life-threatening.

Sgt. Chris Manseau said commercial vehicle safety and enforcement officials and a collision analyst will conduct an investigation under the Motor Vehicle Act.

A portion of the logging road was closed Tuesday in both directions while the investigation was underway.