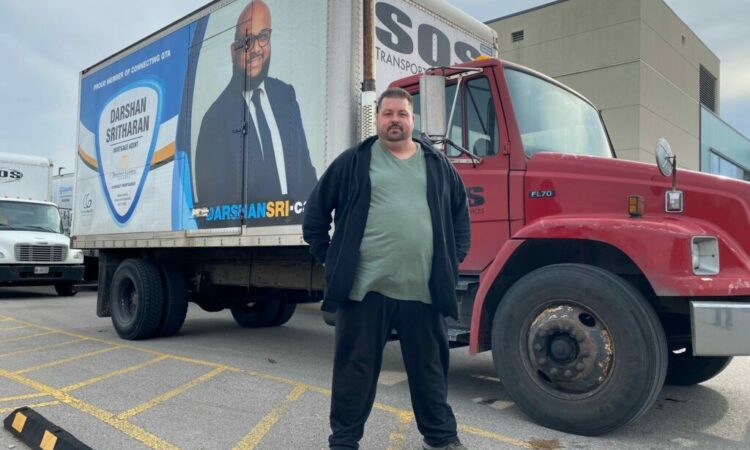 The vehicles gathered at Pathwise Credit Union in Oshawa, Ont., and departed around 11 a.m. for SmartCentres Plaza in Scarborough. It was organized by networking group Connecting GTA.

“While Remembrance Day ceremonies will largely remain virtual and physically distanced this year, it is important that we continue to remember and honor those who gave so much to our country,” organizers wrote on the event website.

A total of $10,800 was raised for Legion branches in Oshawa, Ajax, and Toronto as well as the Markham District Veterans Association.

Angela Baltkois, owner of Big Rig Wraps, felt the cause was close to her heart because both her grandparents were active with the Legion. Her company supplied the wraps for many of the trucks in the convoy.

“They were hit really hard with Covid,” she said of the Legion. “They are very much event-driven and having all those weddings and events canceled was a real hit.”

Michael Orr, owner of SOS Transport, had all four of his company’s trucks participate.

“We’ve been partners with Big Rig Wraps while doing advertising on our trucks for different customers. Angela reached out with the idea, and while it was going to be a logistical nightmare to get all our units here, we decided to try to make it work,” he said. “We spoke with our customers ahead of time and they were understanding as well, so now we have all the trucks here ready to be a part of it.”