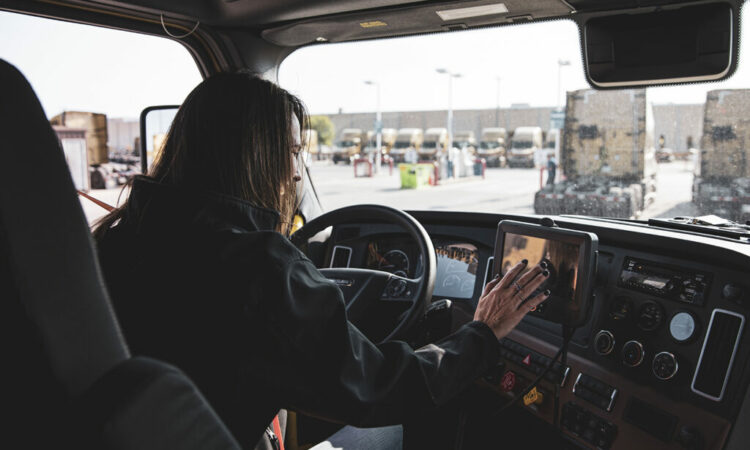 Manitoba enforcement teams are holding firm to a timeline that will see written warnings issued to drivers and carriers not using certified electronic logging devices (ELDs) as of Dec. 12.

The move will mark one of Canada’s first enforcement initiatives to focus on ELDs, since the devices were first mandated for federally regulated carriers in June 2021. Full enforcement of that rule was delayed until at least June 2022, largely because of a lack of certified equipment.

So far, just six ELD models have been certified as meeting underlying technical standards – a key focus for the Canadian mandate, unlike the U.S. rules that allow suppliers to self-certify devices.

Manitoba also joins Ontario among the first jurisdictions to announce that carriers operating exclusively within provincial borders will also have to begin using ELDs within the same timelines. The federal mandate applies only to businesses that cross provincial or international borders.

Full enforcement for all affected Manitoba carriers is set to begin in June 2022, a government spokesperson told trucknews.com. But the warnings will be an interim step.

“Enforcement officers in Manitoba may begin to issue written warnings to drivers and carriers who are not using ELDs to track their hours of service, provided they are tracking their hours using a paper logbook or form of uncertified electronic recording device,” they said.

The written warnings will not be uploaded into the Carrier Profile System and will not be shared with other jurisdictions through a related national data exchange, the spokesperson added in a written response to questions from trucknews.com. “There are no negative effects on a driver or a carrier when a written warning is issued.”

Instead, provincial officials said the warnings will be used to educate and inform carriers about the underlying regulations and timelines for full enforcement.

“Manitoba tracks these warnings as a method to improve communication between enforcement officers, and to highlight the educational component of enforcement activities. While written warnings are tracked by enforcement, they are used as a tool for enforcement officers to confirm if information has already been shared with a carrier/driver regarding a particular issue.”

“There are pockets of industry that may not be as up to speed,” he added, referring to the benefits of a targeted strategy. “Everyone needs to start preparing.”

While many suppliers have not yet completed the certification process, carriers can already begin their research to ask suppliers where the devices are within the approval process, he said.

With three certification bodies now able to complete the tests, the number of certified devices will continue to grow, Shaw added.

“There’s a whole lot of work you can do right now.… Waiting to the last minute will not serve you well. “