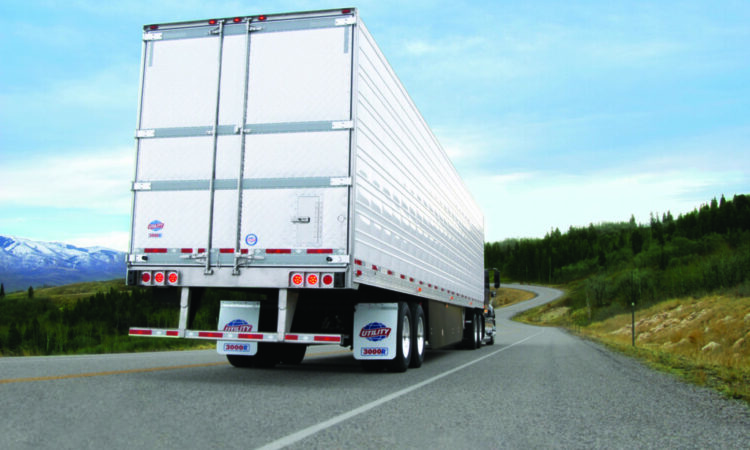 A U.S. court has dealt a blow to plans that would apply greenhouse gas limits and fuel-efficiency standards to heavy-duty trailers.

Under a proposed rule, manufacturers would have been required to adopt fuel-saving technologies like side skirts and automatic tire pressure monitoring systems. But the United States Court of Appeals for the District of Columbia has determined the U.S. Environmental Protection Agency (EPA) and U.S. National Highway Traffic Safety Administration (NHTSA) can’t apply emissions rules to trailers because they are not “motor vehicles”.

“Trailers … have no motor. They are therefore not ‘motor vehicles’. Nor are they ‘vehicles’ when that term is used in the context of a vehicle’s fuel economy, since motorless vehicles use no fuel,” Circuit Judge Justin R. Walker said in a written decision, referring to the underlying legislation.

The rules were officially set to take hold in January 2020, but had been delayed to hear a challenge by the U.S.-based Truck Trailer Manufacturers Association (TTMA).

Environment and Climate Change Canada also delayed the rollout of its corresponding emissions rules to May 3, 2022, as it monitored the court case.

“We’re in contact with Environment and Climate Change Canada as of this morning to start discussions on where we’re heading, but there is no answer at this stage,” said Don Moore, director – government industry relations at the Canadian Transportation Equipment Association (CTEA). “It’s early. It’s complex to say the least.”

But the U.S. court decision doesn’t automatically mean an end to such rules on this side of the border, Moore said.

“It is going to complicate things something fierce because the Canadian rule was depending a lot on references to the U.S. rule … They [Canadian rules] can’t depend on emission certificates from the EPA, so there’s a lot of issues there.”

“And within the [Canadian] manufacturing community there wasn’t a great amount of resistance to it.”

This would have been the first time that emissions standards applied to trailers, requiring upgrades such as aerodynamic enhancements, low-rolling-resistance tires, tire inflation and monitoring systems, and lightweighting.

Canada’s Department of Environment previously reported that delaying the Canadian standards by a full model year would increase GHG emissions associated with 2020 and 2021 Model Year trailers by up to 0.8 Mt of carbon dioxide.

But the U.S. court determined the rules, as presented, went too far.

“The EPA’s theories, taken to their logical conclusion, mean that the EPA could regulate other non-propelled items attached to a motorized vehicle. For example: rooftop cargo carriers,” Walker noted in the decision.

“Because trailers are rarely, if ever, sold together with tractors, various statutory requirements would be impossible for trailer manufacturers to satisfy if the ‘motor vehicle’ were the tractor-trailer combination. For example, a trailer manufacturer could not obtain the necessary certificate of conformity prior to sale because it could not know to which tractor its trailer would later be attached.”

“We are pleased that the court saw the errors in the rulemaking from EPA and NHTSA. This puts the decision making in the hands of the people that understand their operations best — the motor carriers. Each motor carrier can now choose ultimately what equipment will or will not benefit from fuel saving devices in the context of their specific operations,” TTMA president Jeff Sims told trucknews.com.

“You could have two fully outfitted trailers, for example, one being used in highway over-the-road service and it will gain fuel efficiency from the devices, while the other trailer being used in city pickup and delivery and it will not gain any efficiencies in fuel economy and in fact, with the added weight, will use more fuel.”

But one of the three circuit judges on the case suggested that regulators didn’t completely overstep their boundaries.

“NHTSA’s [the U.S. National Highway Traffic Safety Administration’s] inclusion of commercial trailers in its fuel economy and efficiency regulations was a reasonable interpretive judgment that falls squarely within its statutory delegation. It is consistent with the Energy Independence Act’s statutory text, structure, context and purpose,” Circuit Judge Patricia A. Millett said in her dissenting remarks.