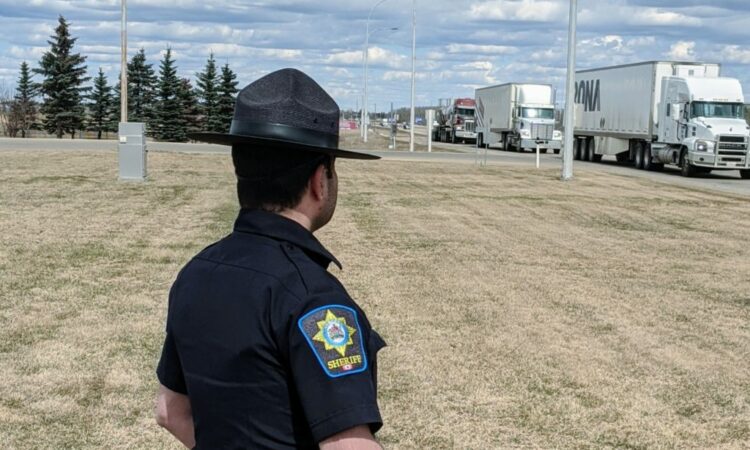 Canadian trucking industry groups are warning the Canadian government that supply chain challenges will get worse unless there are changes to upcoming COVID-19 vaccination mandates.

The Canadian Trucking Alliance (CTA) says it estimates that up to 22 thousand Canadian drivers will decide to leave the Canada-U.S. market when the Canadian government’s planned cross-border vaccination mandate takes effect on January 15, 2022. (The U.S. government is also planning to implement a vaccination requirement for Canadian truckers on January 22.)

Based on a recent survey of its members, the CTA says many trucking companies are preparing to lose 10 to 20 per cent of their drivers, and potentially more than 20 per cent in regions of the country with lower vaccination rates.

“There are also pockets of fleets throughout Canada with vaccine rates well below the 80 per cent vaccination rate floor, CTA members have reported. Vaccination rates below 80 per cent would lead to significant service disruptions…,” says the CTA, in a Dec. 8 update.

The CTA’s estimate of 22 thousand drivers leaving the industry due to the cross-border mandates is low compared with the projection from the Private Motor Truck Council of Canada (PMTC) — another industry association that represents private fleet operators.

The PMTC says it expects over 31 thousand cross-border truckers will leave the industry, based on an anonymous survey of its members. The lobby group says the survey showed 33 per cent of drivers in cross-border fleets are not fully vaccinated, although they expect that number to drop to 26 per cent by the January 15 deadline.

The PMTC is advocating for the mandates to be delayed until at least April 15, saying it expects only 19 per cent — or 22,800 drivers — would exit the cross-border industry if given the extra time.

When domestic truckers are included in the data, the PMTC estimates the percentage of currently unvaccinated drivers in Canada at around 30 per cent, with companies expecting that number to drop to 24 per cent by January 15.

In addition to the cross-border mandate, Labour Minister Seamus O’Regan Jr. announced last week that the Canadian government plans to extend vaccination mandates to all federally-regulated workspaces in early 2022. The new regulations would expand vaccination requirements to domestic industries “such as road transportation, telecommunications, and banking.”

“Making vaccination mandatory across all federally-regulated workplaces will protect workers, their families, and their communities. It will help us finish the fight against COVID-19 and help us sustain a strong and stable economic recovery,” said O’Regan Jr.

This domestic mandate would potentially affect at least another 30 thousand drivers who do not cross the Canada-U.S. border, says the CTA.

In the meantime, the CTA says it’s working with the federal government to come up with “workable solutions that balance both public safety and the economic stability of our country.”

In a letter addressed to Canadian and U.S. officials, including Canada’s transport and public safety ministers, the PMTC president Mike Millian says his board fully supports vaccinations. “With this said, no matter how much we encourage this, a certain percentage of the population will not get fully vaccinated. While this may be unfortunate, it is a reality,” he writes.

Several livestock and agricultural trucking companies contacted by RealAgriculture have so far declined to speak on the record, but echoed concerns about losing drivers due to vaccination mandates.