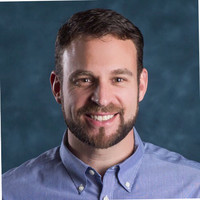 Daimler Truck Financial Services (DTFS) relaunched in Canada Dec. 1, as part of a restructured Daimler Truck business that has been spun out from Daimler AG.

The company says it funds nearly half of all Freightliner and Western Star trucks bought in Canada. Goetz Johanning will head the new operation as president and CEO.

DTFS says Johanning brings more than 20 years of experience to the role.

“He’s traveled the globe professionally, leaving his mark in multiple continents while furthering the mission of every team of which he’s been a part,” the company said in a release.

“Goetz’s career journey with Daimler began in 2001 as a strategic planning intern and in recent years his focus has been in credit operations, where his expertise in developing initiatives and plotting global strategy, as well as being a strong advocate in the areas of diversity and inclusion, have helped keep Daimler as a worldwide leader in Great Place to Work recognition.”