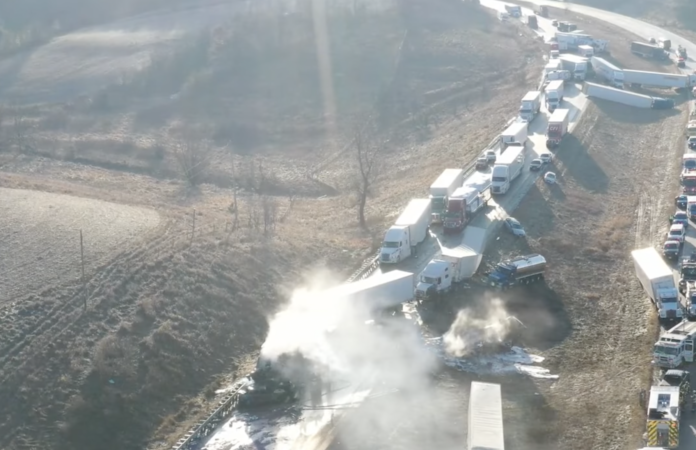 A drone captured video of the aftermath of a massive pileup crash that occurred during winter weather conditions on I-94 in western Wisconsin last Thursday.

The crash occurred on December 23 in Oseeo area on I-94 at mile marker 96. State police say that one of the initial crashes involved a semi truck on fire in the median with two passenger vehicles pinned underneath, and that many secondary crashes and spin-offs then occurred.

The Wisconsin State Patrol (WSP) said that “Several dozen vehicles were involved, including semi-tractor trailers” but that “there were no fatalities and all other reported injuries appear to be non-life threatening.”