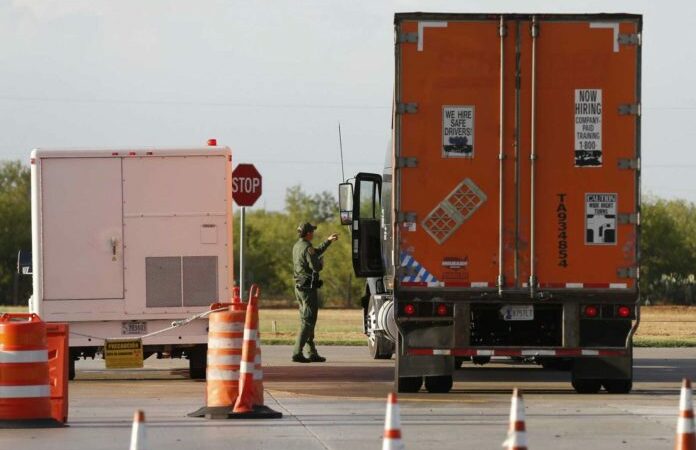 A truck driver has been arrested after a stolen license plate prompted police to investigate his tractor trailer at a border checkpoint.

The incident happened at 12:02 a.m. on January 21st at the Interstate 35 checkpoint in Laredo. Texas.

According to LMT Online, truck driver Robert Harlan Johnson was referred to secondary inspection after inspectors received an alert from one of the scanning computers notifying officers of a potentially stolen license plate.

During the secondary inspection, Johnson did not know what company he was working for, did not know the cargo he was transporting, and did not possess a chipping manifest. He told agents he was heading for Houston.

A k9 unit then alerted officers to the possible presence of contraband and officers promptly discovered 45 migrants inside the trailer of the truck.

In a post-arrest interview, Johnson admitted that he had agreed to pick up a tractor in Laredo and drive it to Houston for $500. He also stated that he did not possess a CDL

“Johnson stated he was going to drop off the tractor‐trailer at a Denny’s Restaurant when he arrived in Houston,” reads the affidavit. Johnson has since been arrested.