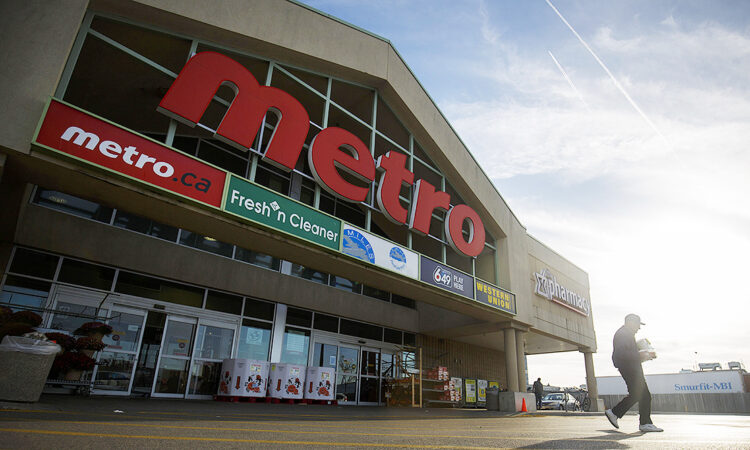 The head of one of Canada’s largest supermarket chains says the vaccine mandate for truckers crossing the U.S.-Canada border is raising the cost of shipping fresh food. But so far, it has had little impact on the retailer’s ability to stock shelves.

“We saw an uptick in transportation costs right away, but we’re getting the merchandise,” Metro Inc. CEO Eric La Fleche said on a conference call with analysts Jan. 25.

Montreal-based Metro operates about 1,600 grocery and drugstores, almost all of them in the two largest Canadian provinces, Quebec and Ontario. The company reported earnings for the fiscal first quarter that beat expectations. Still, La Fleche said that the omicron variant was a major disruption to the supply chain, delaying shipments and making it harder for Metro managers to find enough staff for the stores.

Some of those pressures are now easing as the omicron wave appears to have peaked. In Canada, governments have reduced quarantine times for those exposed to COVID-19, making it easier to get employees back, La Fleche told analysts.

Despite some empty shelves, “there’s no panic in the stores. I think consumers understand what’s happening after two years of pandemic,” the CEO said. “There’s no real hoarding.”

Metro said its basket measure of food inflation was 3.5% in the quarter ended Dec. 18, up from 2% in the previous quarter.