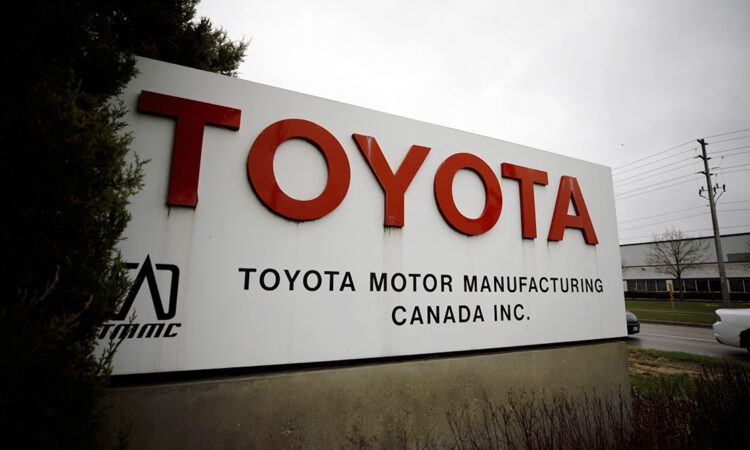 Toyota Motor Corp.’s North America operations continue to be disrupted after protests closed off the Ambassador Bridge linking the U.S. and Canada, hurting production at several of the automaker’s plants in the region.

Toyota plants in Ontario, which were idled last week, are likely to continue to be affected this week, a company spokeswoman said Feb. 15. Output also will remain curtailed at factories in Alabama, Kentucky and West Virginia due to factors including weather and supply issues, the spokeswoman said.

The North American disruptions come on top of chip shortages and interruptions to Toyota’s operations due to the spread of the highly contagious omicron coronavirus variant in both Japan and China.

Toyota, which has been trying to ramp up production to meet soaring demand, has been relatively resilient to the supply chain snags that have shaken the industry the past two years. Sturdy supply and inventory management systems helped it finish both 2020 and 2021 as the world’s top-selling automaker.

Toyota has grappled with a fresh wave of disruptions. Last week, it cut its output goal for the fiscal year ending March 31 to 8.5 million vehicles from a previous target of 9 million due to disruptions from COVID and chip shortages.

Separately, a line at a Honda Motor Co. Canada factory that was halted due to the bridge protests resumed operating Feb. 14, a spokesperson for the company said after police cleared demonstrators from the site. Honda is partially halting a different line at the plant this week due to chip shortages.

In addition to the persisting dearth of semiconductors, other bottlenecks are surfacing in the supply chain, Jefferies analyst Takaki Nakanishi wrote in a Feb. 9 note.

“Toyota’s output recovery undoubtedly has been relatively fast and stable in a difficult environment,” Nakanishi wrote. However, “it is apparent, amid widening bottlenecks, that even Toyota is finding it tougher to markedly outpace the industry.”