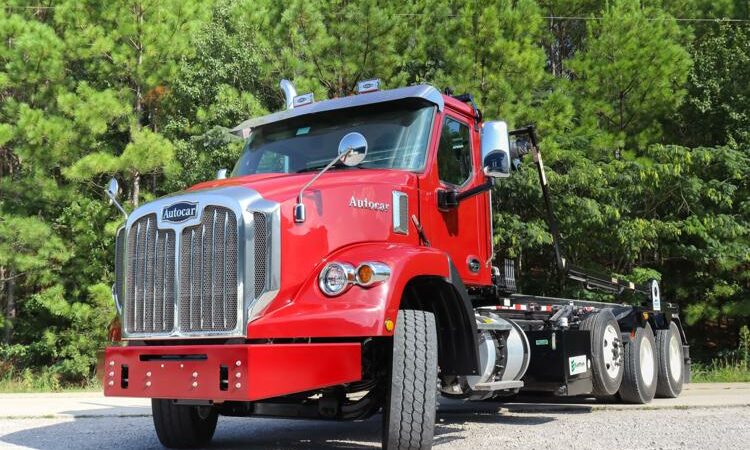 For over a month, Canadian truckers have lined the streets of Ottawa with patriotic flags, posters and trucks to show their disapproval of the nation’s COVID-19 mandates. What started as a siege at the Canadian border has now become an issue for nations all over the world, contributing to shortages across the globe.

On Jan. 28, a small group of Canadian truckers, dubbed the “Freedom Convoy,” traveled to the nation’s capital to protest Prime Minister Justin Trudeau’s vaccine mandates. The mandate required truckers traveling in and out of the country to get vaccinated to protect the nation’s well-being. Shannon Thomas, a Canadian teacher, told ABC she was discontent with the protest, comparing it to the Jan. 6 insurrection.

“It just feels like I’m living in a different country, like I’m in the [United] States,” Thomas said. “It just makes me really sad to see all these people waving Canadian flags and acting like patriots when it’s really the most sad and embarrassing thing I’ve ever seen.”

Since the start of the protest, Trudeau and President Joe Biden have worked closely to resolve the issue affecting both countries.

“The two leaders agreed that the actions of the individuals who are obstructing travel and commerce between our two countries are having significant direct impacts on citizens’ lives and livelihoods,” The White House said in a statement on Feb. 11.

The U.S. has been deeply affected by the blockades, causing American auto companies to halt production for a short period of time. The protest has also disrupted America’s trade with Canada, Texas A&M economics professor Dennis Jansen said in an email to The Battalion.

“The trucking protest has caused a stoppage on cross-border movement of goods, especially between Michigan and Ontario,” Jansen said. “The disruption of trade no doubt caused some issues for the auto industry and other industries in the area, but that impact should be limited if the blockade is now lifted.”

Additionally, Jansen said while the protesters are not fighting for a change in the economy, COVID-19 restrictions have heightened the frustration surrounding the country’s economic stability.

“Shutting down businesses, or even restricting business operations, reduced economic output and reduced employment,” Jansen said. “Clearly different individuals, and different governments, had and have differing opinions as to the appropriate tradeoff between the economy and public health.”

Although the siege left a damaging impact on America, many U.S. politicians still praised the actions of the Canadian truckers. Around $10 million were donated by U.S. donors to support the blockade. Sen. Ted Cruz is one of many Americans who supports the “Freedom Convoy.” Cruz said in a tweet that the Canadian truckers are also standing up for America’s freedom.

“God bless these Canadian truck drivers. They’re defending Canada, America, and they’re standing up for freedom,” Cruz said in the tweet. “The government doesn’t have the right to force you to comply to their arbitrary mandates.”

Additionally, in an interview with Fox News, Cruz told host Maria Bartiromo he considers the Canadian Truckers his heroes.

“The Canadian truckers are heroes, they are patriots and they are marching for your freedom and for my freedom,” Cruz told Fox News.

Tensions have not only affected the Canadian and American governments, but other countries around the world, including France, New Zealand and the Netherlands. According to an article published by PBS, the Canadian protest has caused a rippling effect, inspiring others to flood the streets of their respective countries to challenge COVID-19 regulations.

While the trucking blockade has now ended, Trudeau still warns the public calling the situation, “fragile,” and keeping the state of emergency in place. For the U.S. however, the protesting is just about to begin. American truck drivers are set to travel to Washington for the State of the Union to protest America’s COVID-19 restrictions. Because of this, Pentagon officials have considered deploying the National Guard to prevent disruptions near the capital. However, Pentagon press secretary John Kirby said in a statement, the request has not yet been approved.

“Those agencies [U.S. Capitol Police and the D.C. Homeland Security] have asked for National Guard personnel to provide support at traffic control points in and around the District to help the USCP and D.C. government address potential challenges stemming from possible disruptions at key traffic arteries,” Kirby said.