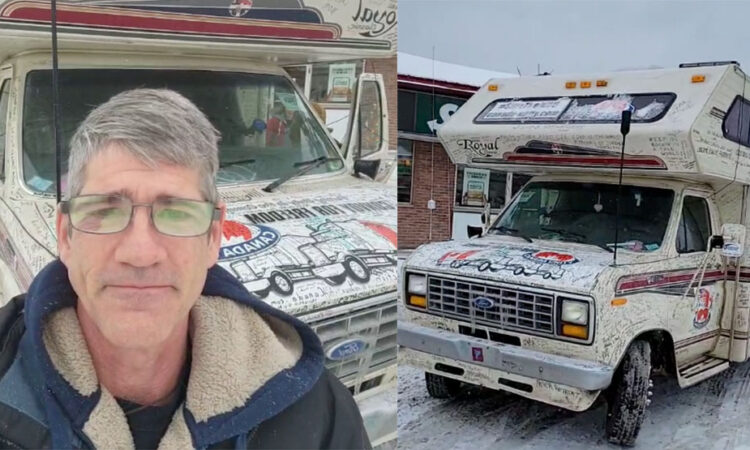 A Freedom Convoy organizer is planning to bring another anti-mandate demonstration to BC’s capital city this week, one that he says could last for months.

James Bauder, the founder of anti-mandate organization Canada Unity, has dubbed the new convoy “Bear Hug 2.0.” He’s calling on supporters to join him in driving across the country to Victoria, BC to protest the province’s mask and vaccine mandates.

“We’ll be occupying that area for two to three months. This is a deeply-rooted NDP-Liberal stronghold. They’ve had their way for too long,” he said during a live update from Mattawa, Ontario.

Going the opposite direction of the Freedom Convoy that arrived in Ottawa in January, Bear Hug 2.0 demonstrators will travel west starting March 7. They’ll stop in Calgary on March 10 and 11 and expect to arrive in Victoria on March 14.

It’s not clear if they’ll follow BC Ferries’ mandatory mask policy on their journey from the Lower Mainland to Vancouver Island.

“What we are doing will be 100% legal,” Bauder said. “We will not be doing any blockades.”

BC is still enforcing mandatory masks in indoor public spaces and is still using its vaccine passport system — which some other provinces dropped this month.

Financial support for the convoy will come from partners in the US as well as Canadian donations, Bauder said. According to him, seven semis are already on route carrying important supplies — including 16,000 hamburgers that will be grilled in Victoria for demonstrators.