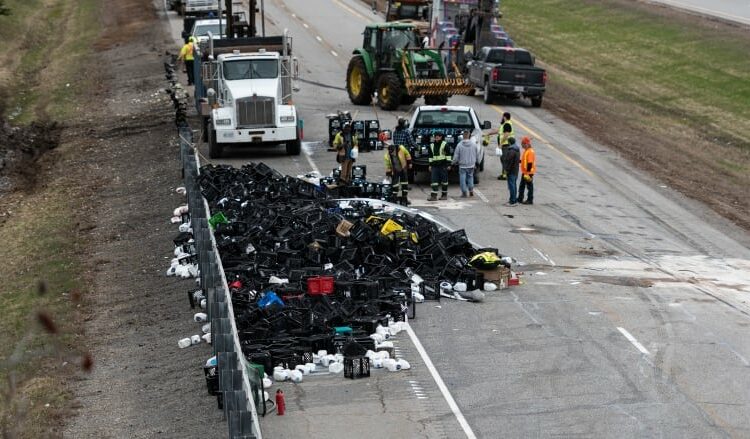 Jugs of milk littered a stretch of Highway 416 Saturday morning after a transport truck rolled over south of the intersection with Roger Stevens Drive.

Fire crews, police and paramedics were all called to the scene of the crash, which happened around 6:30 a.m.

Photos of the crash show hundreds of crates and milk jugs on the highway, many of them leaking out onto the road.

The driver suffered minor injuries and was able to get out of the truck without help. He was then taken to hospital by paramedics.

Fire crews worked to contain a fuel leak and helped direct traffic, while Ontario Provincial Police closed the southbound lanes of Highway 416 near the crash.

“It’s not a hazard. But for safety reasons, everything has to be cleaned up before it’s safe to reopen the highway,” said Sgt. Cynthia Savard.

OPP reopened the highway at around 4 p.m.