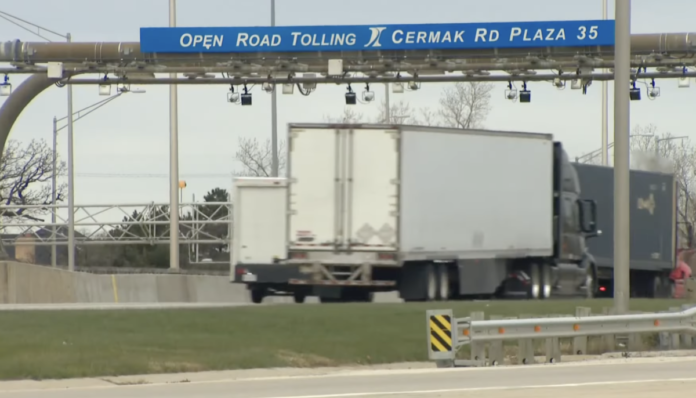 A Chicago trucking company has racked up thousands of dollars worth of fees after using the city’s tollways and warns other companies to pay attention.

Milic says that his trucks unknowingly missed paying dozens of tolls over the span of a few months. During that time, the I-Pass transponder worked for some tolling locations, but missed others, leading to ‘unpaid toll fees.’

“One, two, three, four, five, six, seven, eight, nine tolls got missed that day,” he said of his unpaid toll log, adding that the same truck with the same transponder was able to pay for three tolls on that same day. Milic says that this issue has happened multiple times on two of his trucks so far.

“How can a transponder one minute work and another minute not work? And work on one toll and not work on another toll in a span of a couple hours?” Milic asks.

“I spoke with them at the Toll Authority [sic], I never really got a solid answer,” he said.

Eventually, a Tollway representative said that the “missed tolls” aren’t an issue with his trucks’ transponders, but an issue with the speed of his payments – he was not loading his account with money to pay the tolls fast enough. If an account is too low or in the negative when a truck hits the tolling location, the account will rack up some fees. If three or more tolls are missed in a month, the I-Pass users will receive an invoice for these missed toll fees.

Because of this, the Tollway suggests keeping your toll account on auto-replenish – an option that Milic did not necessarily realize was a possibility.

“Never-ending. It’s never-ending,” Milic says of the incident. He says never ignore an I-Pass email warning of a low or negative account balance – a lesson he learned the hard way.