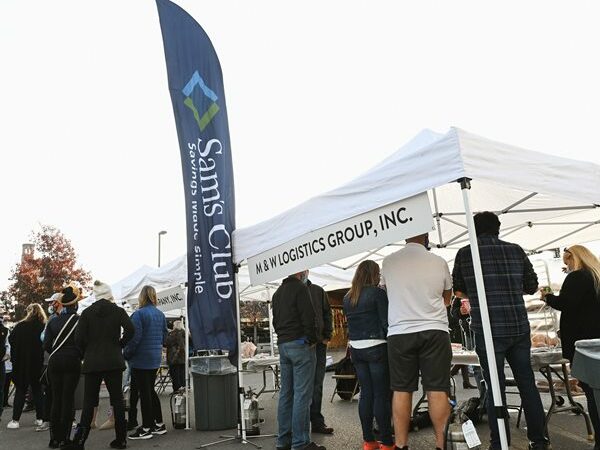 Driverless delivery trucks will soon be making deliveries to Dallas-Fort Worth area Sam’s Clubs amid a nationwide shortage of truckers.

According to a Bloomberg report Tuesday, self-driving vehicles from the California-based Gatik autonomous vehicle company are partnering with paper products manufacturer Georgia-Pacific to supply paper products to Sam’s Club stores in the Dallas metropolitan region as the nation grapples with a shortage of truck drivers.

“We’re starting out in the Dallas market, but the focus will be on rolling it out nationwide,” Gatik Chief Executive Officer Gautam Narang told Bloomberg in an interview.

The company is planning to begin the driverless deliveries of paper cups, plates, and toilet paper, to the 34 Sam’s stores owned by Walmart Inc. in July using 26-foot box trucks which are smaller than the tractor-trailers that currently make the deliveries, the companies told the news outlet.

According to the report, Gatik has been using autonomous vehicles to service Walmart stores in that corporation’s headquarters in Bentonville, Arkansas, since 2019, as well as stores in Louisiana and for Ontario, Canada, grocer Loblaw Cos.

CBS News reported in April that the country was short a record 80,000 truck drivers based on statistics from the long-haul trade group, American Trucking Association.

“Some companies have raised pay three times in one year, and that’s unheard of in the industry,” Nick Geale, vice president of workforce policy at American Trucking Associations (ATA), told CBS in April. “Signing bonuses are regularly available. If you have a good record and you want to drive a truck today, you can write your own ticket. It’s very much a pro-driver market right now between signing bonuses and raises across the board.”

With an annual turnover rate of 300,000 drivers leaving the industry, according to U.S. Transportation Department, and a reduction in apprenticeships and training programs available during the COVID-19 pandemic, the number of drivers dropped dramatically without replenishment, the report said.

In addition, drivers face a grueling work schedule which can put them on the road for weeks at a time during longer hauls.

The U.S. Bureau of Labor Statistics reports the annual median pay for drivers is $48,310, or just $23.23 per hour, although companies like Walmart are now starting drivers off at around $110,000 per year.

According to the CBS report, around 70% of freight delivered in the country is brought by trucks and 80% of the country is dependent on them for necessities including food, water, toilet paper, personal protective equipment, and vaccines.