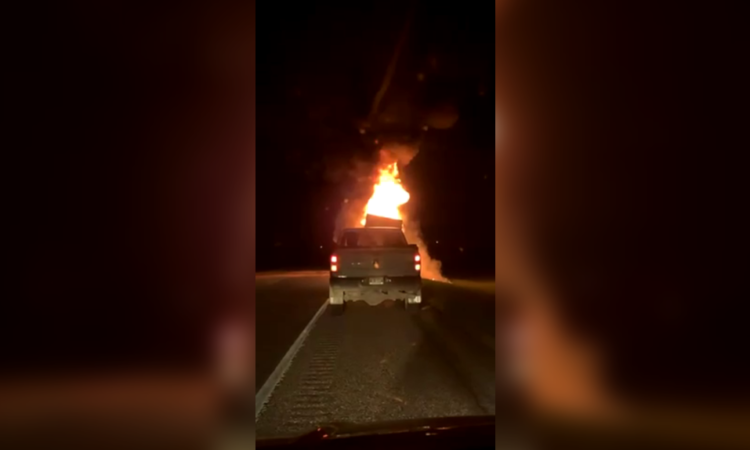 A man was killed after his pickup truck collided with a semi north of Edmonton in Thorhild County on Tuesday afternoon.

The crash between the truck and a tractor trailer hauling an empty Super B tank happened around 12:30 p.m. on Highway 28, north of Redwater, at Township Road 582.

The tractor trailer was engulfed in flames due to the impact of the collision, but RCMP said thankfully the man driving the semi only received minor injuries. He was alone inside the rig.

While the crash is still under investigation, police believe the southbound pickup crossed the centre line and collided with the northbound semi.

“The RCMP send our condolences to all involved in this tragedy,” said Alberta RCMP Const. Lauren Mowbray.

Highway 28 was closed between Redwater and the Highway 827 turnoff to Egremont. RCMP expected it would remain that way into the evening, as emergency and clean up crews were still on scene.

Drivers were asked to avoid the area.

Shortly before 8 p.m., the RCMP provided an update, saying officers were no longer diverting traffic on Highway 28 at Township Road 582.

RCMP from Redwater, Fort Saskatchewan, traffic services and the eastern Alberta district crime reduction unit all responded to the scene, along with local emergency crews.