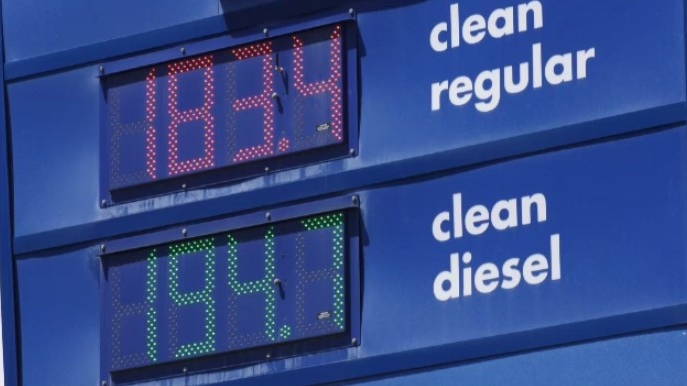 Since fuel is the number one cost for truckers and trucking companies, it requires them to maintain a close eye on the global markets. That’s why an overnight jump of 11 cents a litre came as a surprise to many.

“There’s no real indicators why it went up all of a sudden. At least none that we could see,” says Jean-Marc Picard, president of the Atlantic Canada Trucking Association.

According to Picard, recent fluctuations in the pump price of diesel is making it difficult for companies to manage their cash flow.

“As large users of diesel it’s really concerning right? You want to be able to have a good handle on your highest cost and we don’t these days,” he says.

The price increase is hitting charities like Feed Nova Scotia hard. The company has a total of five diesel trucks handling deliveries each day.

“For every penny it goes up it’s another thousand dollars a year to our expense line that we haven’t budgeted for,” says Rick Jennery, president of Feed Nova Scotia.

That budget was made in February when diesel was around $1.65 a litre.

After the Nova Scotia Utility and Review Board adjusted the price overnight, the maximum cost is now sitting between $1.947 and a $1.967 across the province.

“Being a charity, we can’t put a fuel surcharge on some invoice that we have, we have to absorb that cost,” Jennery says.

“One receiving 11 cent increase is confusing and perplexing and I don’t think it has basis in fact. I think the N.S.U.A.R.B. has some explaining to do,” says McTeague, president of Canadians for Affordable Energy.