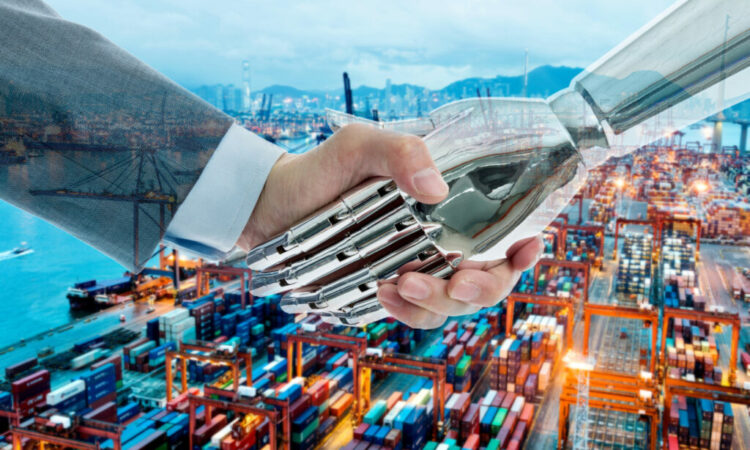 There’s nothing artificial about the delays that can emerge in customer yards. Each comes with a real-world cost. On-duty clocks continue to tick away as drivers provide information at facility gates. Hours are wasted as shunt trucks search for misplaced trailers and move the units where they should have been parked in the first place.

Ontario-headquartered Eaigle believes many solutions can be found by applying artificial intelligence (AI) – and it’s done that very thing for clients such as Walmart Logistics, Agropur, and Cargill.

CEO Amir Hoss first experienced AI when working for an automotive OEM, where the technology helped refine manufacturing processes. It’s where AI-based camera systems were used to inspect everything from paint colors to alignments within seconds – a vital step when a car rolls off an assembly line every 45 seconds.

But Eaigle was established to apply such technologies to an array of applications, particularly those in the world of logistics.

“The idea was to ensure that people don’t spend their time on redundant tasks, on tasks that a $100 camera or a solution can simply replace,” Hoss says.

It’s a key differentiator for the business. Some AI companies build their offerings on proprietary hardware. Eaigle develops its AI platform in-house, but also integrates any existing cameras to help reduce rollout costs. New hardware is only introduced where gaps exist.

“Cameras are expensive. Potential installation of cameras is costly. Also, where do you want to install? You don’t want to have a lighting pole in the middle of the yard to have cameras. So, we came up with the idea of mounting radar on the perimeter of the building,” Hoss says.

Deep insights then begin to emerge through the data collected by optical cameras, infrared units, and radar alike, much like the sensors mounted on autonomous vehicle systems. The difference here is that the building monitors the truck.

Picture a traditional setup where someone in a distribution center’s gate house reviews a truck driver’s documents, enters all the related data, takes a quick look at the condition of the truck, and then presses a button to open the gate. Eaigle uses cameras to speed up the entire process. Licence plates and equipment numbers are recognized and scanned; driver data is automatically entered when a licence is held up to a camera; a QR Code on the driver’s smartphone is scanned to collect details on the load. When the gate is opened, drivers know exactly where the trailer needs to go. Heat maps identify wherever trailers sit longer than they should.

“Registering the trailer and truck and the driver, we are aiming to save five to 15 minutes per every entry. Multiply that by 2,000 trucks that are coming to that facility every day. That’s how much time you’re saving,” Hoss says. “When they go inside, this yard-of-the-future idea is really to ensure that the trailer leaves that facility within four hours. And if not, [we know] why it did not.”

“We should not forget the advantage of saving lost time due to errors,” adds chief commercial officer Subhi Alsayed. “You’re making the existing process faster, but also you’re reducing or minimizing or eliminating errors and delays because of mistakes or human errors.”

Several factors continue to increase the use of AI in transportation, and Hoss says companies such as Tesla are leading the charge. But in trucking, much of the focus has come because of e-commerce and its related demands on the supply chain.

Speed of the process

Delays must be eliminated to meet increasingly tighter delivery deadlines.

Processes need to be scalable and repeatable. Never overlooked. Any delays, after all, are more costly than ever.

More gains are possible, but a diverse industry presents several challenges. About 70% of the trucks that serve a Tier One logistics facility can still be run by third-party suppliers, many of them small operations, he says. Hundreds of carriers mean multiple approaches to collecting and distributing data.

Eaigle is applying an ever-larger team to the work, though. A business launched with three initial partners has grown to 25 employees. Another 25 contractors are spread across North America. An original customer experience center – a room filled with monitors and cameras to showcase capabilities – will soon be joined by a similar location in Arkansas.

“The whole Midwest is becoming the hub of logistics,” Hoss says.

But the research and development will continue in Canada.