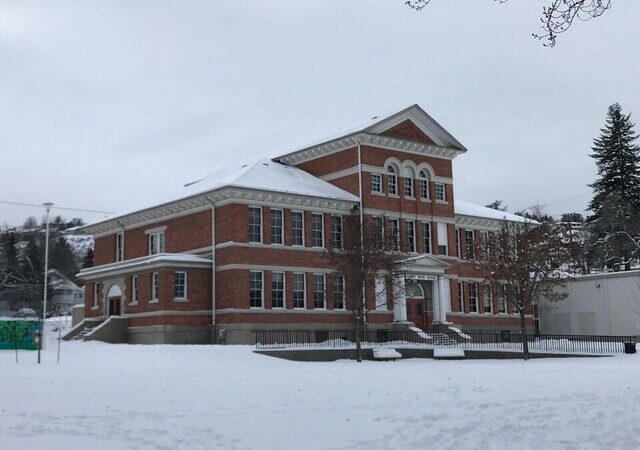 Two downtown locations have been authorized by Kamloops city council for use as temporary shelters over the coming winter.

According to a report from a closed council meeting held at the end of May, the gymnasium at the Stuart Wood schoolhouse — which was operated as a shelter last winter — and the Yacht Club have been identified as sites for the seasonal temporary shelters.

Council voted to have staff establish short-term facility licenses with BC Housing for the locations. The shelters would be operational between Nov. 1, 2022, and March 31, 2023.

The report notes using the Stuart Wood gymnasium as a shelter first requires approval from Tk’emlups te Secwepemc and the B.C. government.

“Pending these approvals, BC Housing will work to identify funding and an operator for each shelter location,” the report said.

Helgason said the number of beds that would be available at the Yacht Club — which is located at 1140 River St. — is yet to be determined.

“This council approval to use the Yacht Club as a site is kind of a preliminary step, and now that they have the OK, BC Housing will have to go through the process of identifying an operator and mapping out the site,” Helgason said.

“It’s hard to speculate at this point how many beds will be in there, because it kind of depends on how the identified shelter operator decides to use the space.”

According to the closed council report, the City of Kamloops and BC Housing started planning early for winter shelter locations in response to requests from council and citizens.

“These temporary winter shelter locations will be in addition to existing shelter services in the community and are necessary to meet the needs of the over 200 individuals identified as experiencing homelessness in Kamloops,” the report said.

The report noted that emergency shelters are open 24/7, provide daily meals, laundry and shower facilities and offer connections to supports and community resources.

“Most importantly, shelters provide a safe, warm place to support people who need protection from the elements during the winter months,” the report said.