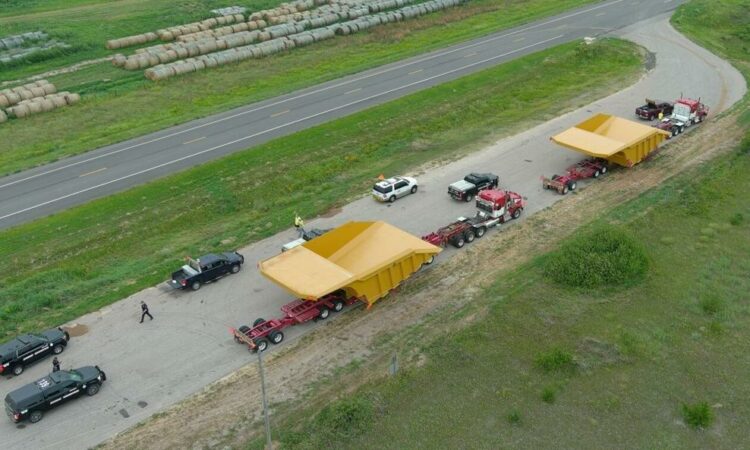 After the sun set near Alma, five carrier enforcement troopers joined a handful of private escort cars to usher a pair of trucks — each hauling a mine-sized dump truck bed — roughly 225 miles between the Kansas and South Dakota state lines.

The loads were 25 feet wide. A traffic lane is 24. So the troopers were needed to run rolling roadblocks, warning oncoming traffic to pull over because the semis were taking both lanes — and the fewer cars on the road when that’s happening, the better, said Lt. Jason Stahl.

“It’s just easier (at night) because the amount of traffic is less,” he said. “We can get around and move those vehicles and those loads easier because we don’t have quite as many vehicles we have to alert and get them to the side of the road.”

The oversized loads, which started their trip in Oklahoma or Texas and are headed to Alberta, Canada, reached the southern Nebraska border Sunday evening, Stahl said.

They resumed their trip Monday night. Five hours later — which included a pit stop in Sargent for rest and refueling — they were safely out of the state.