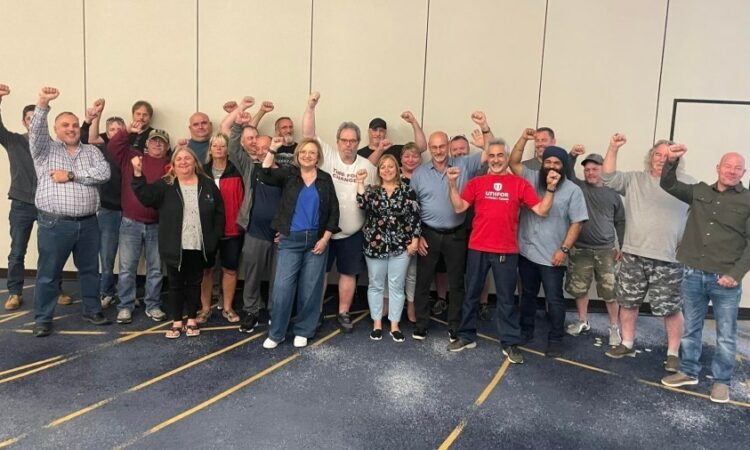 Nearly 1,500 Unifor union members working across eight provinces for Loomis Express have served strike notice and could be off the job by 12:01 a.m. Aug. 31.

“This is yet another example of a huge corporation squeezing employees by shuffling work between subsidiaries or contracting out to avoid providing workers with decent full-time jobs,” Lana Payne, Unifor national president, said in a release. “These members work in the fast-growing courier sector but many remain limited to precarious part-time work.”

The workers have been without a contract since March 31. Those who are set to strike include hourly paid drivers and owner-operators, as well as call center staff, clerical, and warehouse workers.

“In a period of record inflation workers have made it clear that wages and secure hours are a priority,” added Payne. “The bargaining committee is willing to continue negotiations up until the strike deadline but the clock is running for TransForce to come to the table with a serious offer.”