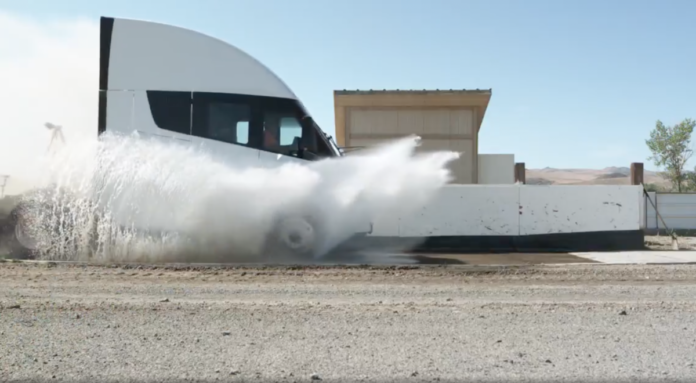 Tesla shared the video on December 13 with the caption: “Our engineers tested Semi in a variety of harsh conditions to maximize reliability & durability.”

In the video, the Tesla Semi plows through a large puddle, goes through suspension testing, passes over a ladder, and drives through dirt and snow.

Tesla recently delivered the first Semis to PepsiCo after the company ordered 100 of the trucks in late 2017. Tesla reportedly plans to produce 100 Tesla Semis by the end of the 2022 and 50,000 electric semi trucks per year by 2024.