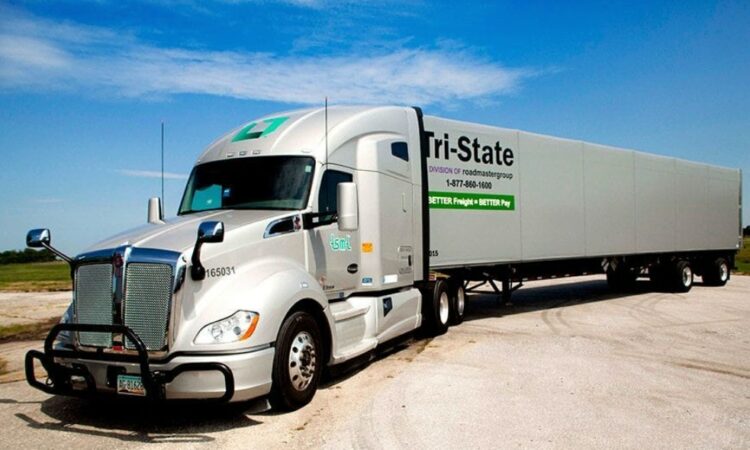 Simply put, Tri-State Motor Transit is not your typical trucking company. It hauls mostly specialized, high security loads, including AA and E, or arms, ammunition and explosives, and hazardous materials through 49 states, Canada and Mexico.

Michael Fisk, vice president of hiring, safety, and development for the Arizona-headquartered carrier with 530 trucks and 750 drivers, said the work is not as dangerous as it sounds.

“We’re not shipping entire hand grenades,” said Fisk, himself a driver a few years ago. “We’re doing the pieces to create that type of thing. Our trucks have never been at risk of being hijacked because you can’t get a missile from us. So it sounds a little more exotic perhaps than what it really is.

“At the end of the day, it’s trucking. I mean, as long as we follow the procedures and regulations, it’s not inherently much more dangerous than any other cargo.”

But, it’s not just the cargo that Tri-State hauls that sets it apart from much of the rest of the trucking industry. No, instead it’s how the company that’s part of Daseke’s Roadmaster Group recruits, retains, trains and treats its drivers that separates it from the pack. 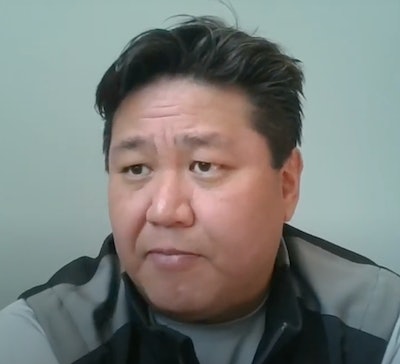 Michael FiskTo explain Fisk talks football. Specifically, he cites the idea of “complementary football” in which special teams set up the offense, which in turn sets up the defense.

“What we do is not quick and easy,” said Fisk. “The execution of it’s not easy. Right from the get-go in our recruiting process, we use the phrase ‘retention starts with recruiting.’ We are a for-hire, over-the-road company where the industry stats (of) 80% to 90% turnover is considered good. We’re going to be 32% this year.”

“If recruiters don’t recruit properly, then they don’t set the right expectations for a driver. And, so the driver becomes jaded, frustrated. They feel lied to. They come into orientation, and our orientation is very, very intensive. Hours of hazmat training, hours of security training, hours of DOD (Department of Defense) policies. It is much more rigorous than any other orientation they go through. Our recruiters have to prepare the driver for that.

“We don’t gloss over things that are tough so they are prepared. Now, when they come into orientation they already know that we’re different. Number one, we fly our drivers into orientation. We don’t put them on a Greyhound bus. The drivers are the only revenue generators in the industry, right? And, they are put on a Greyhound bus. It was amazing to me. No other industry would do that, right? The other industries put their revenue generators on a plane.

“I drove myself for a couple of years, and the hotels they put me in for orientation were terrible. We put them in a really nice full-service hotel, hot breakfast, everything. We provide three meals a day. Our training center is very enhanced. They know right from the get-go, we’re different. We’re going to treat them differently.

“However, we also need them to be different. If they’re just going to be a steering wheel holder, they’re not going to work very well in our environment. We get complaints from drivers all the time and say, ‘Hey, man, if I wanted to study this much, I’d go to college,’ We get it. We understand. But, stick with this for this week. Orientation’s going to be intense, but you have to know this stuff. We’ll get you through it. The payoff is you’re going to be a better driver. And, in six months with us, you’ll be able to go be a hazmat instructor almost anywhere in the country.”

And, it works. Fisk said Tri-States’ 90-day turnover rate is less than 8%.

Tri-State has such a rigorous recruiting and retention process for a good reason: it needs to put the best drivers it can find in its trucks. Their customers expect it.

“Canada requires special endorsements and explosives permits. Our drivers are also required to have a Department of Defense secret clearance. We’re in and out of military bases.

“We have to have drivers that are much more qualified, much more capable of passing background checks.”

But it’s not just recruiting and retention that makes Tri-State’s drivers successful. It’s the other departments as well

“Our HR and safety (departments) are supportive of our drivers, not adversarial,” said Fisk. “Our safety scores are the best in the industry. We literally have to be perfect.”

For good reason: hauling hazmat is an unforgiving proposition, and Tri-State hauls a lot of hazardous materials.

“We handle more hazmat loads by a wide margin than any other company out there,” Fisk said, comparing Tri-state to another major carrier, which he says may carry 500 hazmat loads a year.

“We handle 500 hazmat loads a week,” he said. “We literally have to be perfect to keep our CSA scores where they need to be.”

How Tri-State Got Here

Fisk said that when he joined Tri-State some eight years ago, its turnover rate was similar to other carriers of its size: 88%. Today the company’s focus is on the three factors Fisk said that affect driver retention:

He said how Tri-State pays its drivers was a “significant” move.

“I don’t know that we are the first one to have guaranteed pay, but I think we’re amongst the first,” Fisk said. “Essentially,our drivers make $2,000 to $2,800 a week. Most of that is guaranteed. The rest of it is incentive, and so that makes a big difference.”

Tri-State also changed how it pays drivers when they can’t drive.

“For drivers stuck in weather or (if they) have a breakdown, instead of getting $75 a day breakdown pay, (which) they can’t survive on, they’re still getting $180, $200 a day guaranteed to them,” said Fisk.

He is quick to add that the idea of guaranteed driver pay raises some eyebrows in the trucking industry. Some companies complain that guaranteed pay is a disincentive for drivers to actually drive. But, said Fisk, there is most likely a bigger problem at play for those companies.

But, Fisk said, it’s more than money. Retaining good drivers is also about facilitating something that has been the focus of many companies in general since the onset of the COVID-19 pandemic: work/life balance.

“It used to be a money issue,” said Fisk about one of the basics of driver retention.  “But now the unintended consequence of paying drivers (more) is they take more home time.”

As an example, Fisk said, if a driver can earn the same amount of money working 270 days a year instead of 300, they’ll work the 270 days. That, he said, means “you need 10% more drivers. You have 10% less utilization on equipment. Your recruiting costs go higher just to haul the same amount of freight.”

The industry as a whole, said Fisk, needs to be really aware of what those unintended consequences are. Companies can’t just keep throwing money at the problem because, according to Fisk, “it’s going to compound the problem of driver shortage and equipment shortage.”

He adds, “You have to pay the drivers a good wage. Not just a market wage, but a wage that reflects the sacrifices that they make. But beyond that, we have got to figure out the life/work balance, the home time, the work, the respect. Because otherwise, we’re just creating more issues, by just assuming it’s a payroll issue.”

Fisk explains why: (As a driver) I’m out Monday through Friday, I get home late Friday, early Saturday morning, get a 34 hour reset, go out and do the same thing again. They’re home every weekend. But is that quality home time? We find that their families are grumpy because they’re grumpy.

“Our drivers, for example, they’re out three weeks at a time, but then they’re home for a week we find that they’re healthier, they get a really good reset, emotionally, spiritually, physically, Then they are out three weeks again. I think generally, as long as our drivers can manage the three weeks out, that one week home is much healthier.”

How Has Tri-State Done?

Looking at the recent past, Fisk said that in March of 2020, like everybody else, there was a lot of concern and trepidation. He said trucking overall saw a gradual increase and then a big cliff; things just fell off, in April and May.

“We saw something similar,” Fisk said. “But, we positioned ourselves for the long haul to buckle down. But I’ll tell you, for us, with the work we did with our customer base, with the support that we gave the drivers by August, we were firing on all cylinders. 2020 was a great year. 2021 was an even better year. 2022 has been the best year we’ve ever had.”

One of the keys to that success has been customer service.

“I think our secret is capacity wins the freight,” he said. “Our job is to make our customers’ jobs easy. Say they’ve got 150 loads to move. Before, they used to have to call 20 companies to move those 150 loads. We have customers now, we’re the only ones they call.”

Fisk said it’s simply human nature. If Tri-State can save the shipping manager work; if they have to chase down 10 different carriers or just work with one, they prefer to work with one.

“Some years ago we needed a special permit to haul explosives into Canada. At that time, we only had four drivers with this special permit. So we created an initiative for our drivers, and within six months we went from four drivers to 600 drivers with that special endorsement. So (with) this one customer in particular we went from getting 10% of their business to getting 100% of their business.”

And, Fisk is optimistic about the new year ahead.

“We have the same inflationary pressures. We see the cost of equipment and the cost of fuel, and then we have all of those same challenges that everybody else does as well. But, the segment and the sector that we’re in, however, we anticipate will weather 2023 better than most.”

Fisk believes Tri-State will continue to grow both organically and with some mergers and acquisitions. He said the company is also looking at making some changes in how it operates.

“One of our big things in 2023 is how do we streamline those things where we’re not overburdening our driver managers, which overburdens our drivers. Drivers will tell you today that 50% of their job is driving the rest of it, 50% of their job now is everything that’s not related to driving. So we have to figure out how to make the work easier and more pleasant for our revenue generators. That’s our big initiative for 2023. What are things that we can automate? What are some things that technology can take care of? What are some burdens that we can remove from the typical dispatch/driver process regarding paperwork and training?

“Everything flows downhill and unfortunately in the trucking industry, the drivers are historically at the bottom of that.”