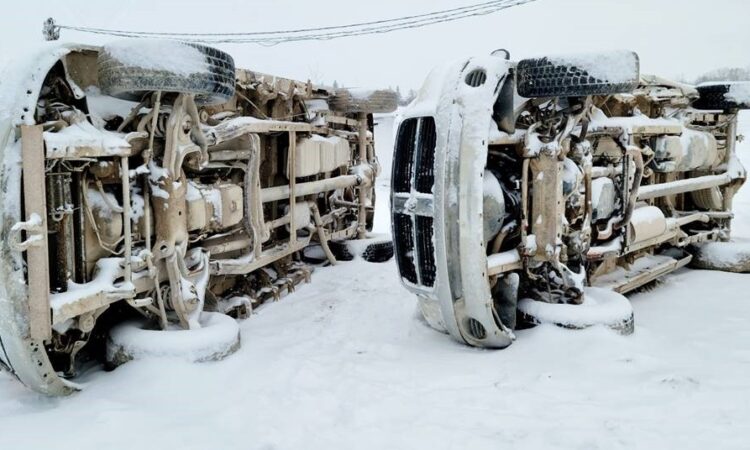 Police are investigating after someone flipped over eight large trucks at a gravel pit outside Aberfoyle, Ont. and stole the vehicles’ catalytic converters.

Part of a vehicle’s exhaust system, catalytic converters contain precious metals such as rhodium, platinum and palladium that can be sold on the black market.

“Catalytic converters thefts are nothing new, but what is unusual about the incident is the thieves used a piece of on-site equipment to flip the trucks onto their sides causing much more damage to the vehicle than would be necessary,” Cunningham said.

A spokesperson for Canada Building Materials said the theft happened at a gravel pit just outside Aberfoyle. The estimated cost of the damage hasn’t been determined yet, but eight trucks were flipped over, the spokesperson said.

Police are asking anyone with information about the theft to contact.