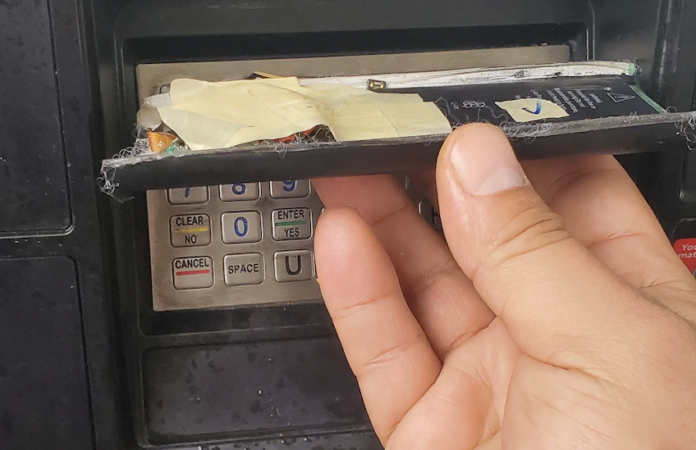 Massachusetts police issued an alert on Friday after skimming devices were discovered at the fuel pumps at a Pilot Travel Center.

The credit card skimmers were found on Friday on the diesel pumps at the Pilot Travel Center located in Sturbridge, Massachusetts, according to a January 13 notice from the Sturbridge Police Department.

Police say that credit card skimmers were found on three of the diesel pumps at the truck stop.

“This is the second time this week devices were located on the gas pumps at that location. We have recovered a total of six skimming devices,” the Sturbridge Police Department said.

The skimmer devices are used to steal data or PIN numbers, which can then be used to create fake debit or credit cards to steal from a customer’s account.

Police are asking drivers to be on the lookout for skimmer devices. If you find one, police say you should not use the pump. Instead, drivers report are asked to report skimmers to store management and to report any and all suspicious activity to the police.