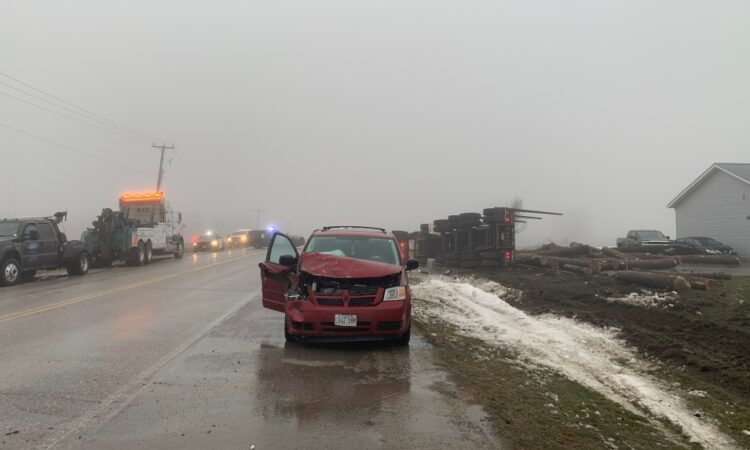 A 23-year-old from Aylmer, Ont., along with a business based out of Alymer is facing a slew of charges after a crash which saw dozens of logs scattered alongside a roadway, and left one person injured.

In a video posted to Twitter on Tuesday, OPP Const. Joshua Cunningham said on Tuesday around 12:30 p.m., officers responded to a three-vehicle collision in Mapleton Township at the intersection of Wellington County Roads 7 and 12.

According to OPP, a tractor-trailer carrying a load of logs, an SUV with a single occupant and a minivan with seven occupants collided.

One of the passenger vehicles was shown flipped upside down with a small amount of debris scattered along the road. 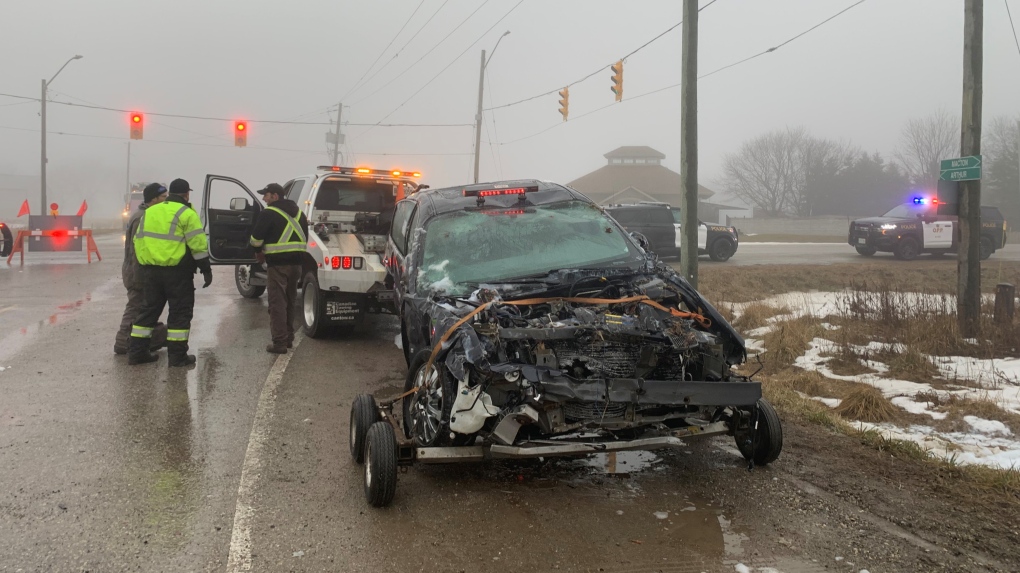 One of the vehicles after a crash in Wellington County on Jan. 17. (Colton Wiens/CTV News Kitchener)

The driver of the SUV, a 69-year-old resident of Clifford, suffered non-life-threatening injuries and was transported to a local hospital.

A home adjacent to the collision was impacted when debris from the collision damaged two vehicles, a large propane tank, lawns, and hydro services to the residence, OPP said.

“There was some damage to the property owner here,” Cunningham told CTV News Kitchener. “There was a tank at the side of the house that was dislodged and damaged. So investigators will be looking and taking totals on those as well.”

He added: “Investigators are still collecting evidence, still looking at the events that took place.”

The roadway was closed for several hours. 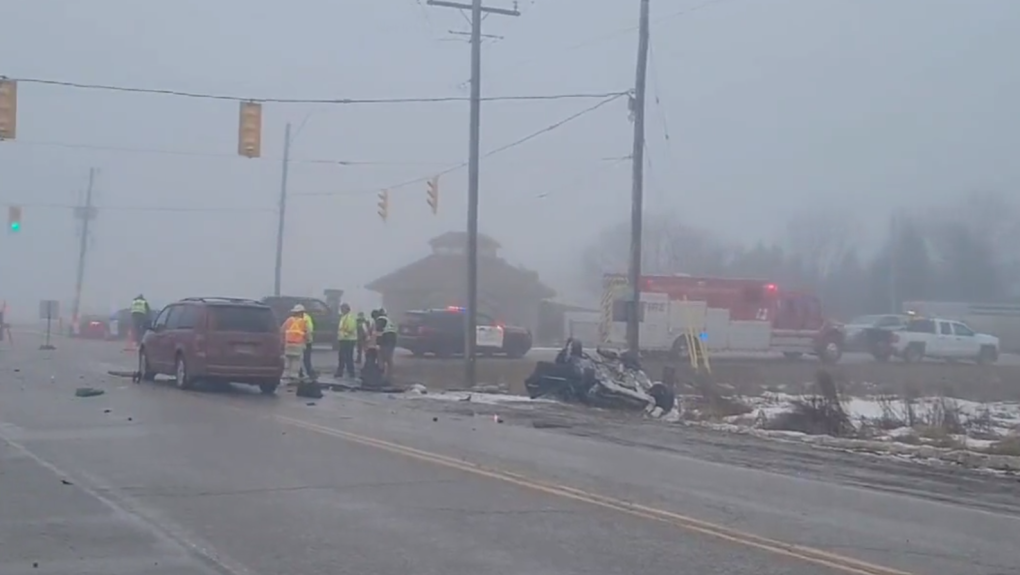 Vehicles involved in a crash near Arthur on Jan. 17. (OPP/Screenshot)

As a result, the 23-year-old tractor-trailer driver is charged with:

The business has been charged with: