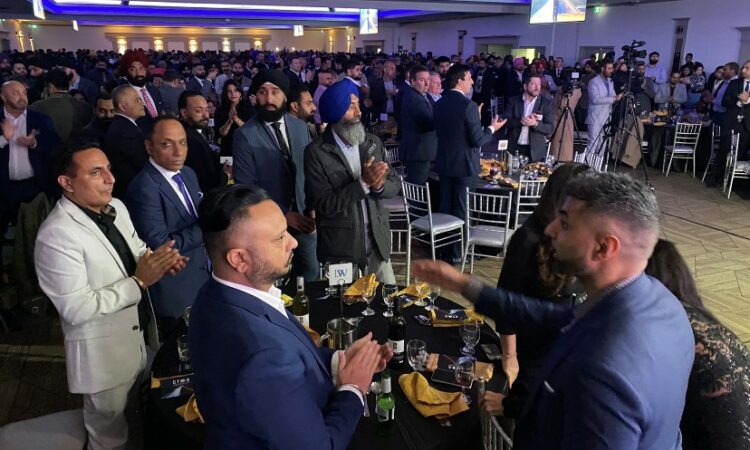 A newly formed trucking organization has been created over the last two months, and on Saturday brought together at its inaugural gala more than 1,000 people representing about 200 carriers.

The Canada Truck Operators Association (CTOA), comprised largely of trucking companies run by people with South Asian backgrounds, promised inclusivity as it demands a seat at the tables where policy and legislation affecting its members are created.

“This is absolutely powerful that the trucking industry has come together,” he told the audience at the Speranza Banquet Hall in Brampton, Ont., Saturday night. “You have here the backbone of the Canadian economy. You have billions of dollars of goods movement that is managed by the folks in this room. Now, that is incredibly powerful.”

However, the segment of the trucking industry that comprises the CTOA has largely been missing from discussions regarding the policy and regulations affecting it, Sandhu noted. A Newcom Media analysis in 2018 found that 17.8% of Canadian truck drivers identified as South Asian, up from 1.8% in 1996. That number was higher in Ontario (25.6%) and B.C. (34.6%).

Not only has this growing segment been missing from the decision-making process, Sandhu also said it feels “targeted” by “legacy” associations who’ve led a high-profile fight against the controversial Driver Inc. business model, which the Canadian Trucking Alliance says improperly classifies employees as independent contractors.

About two dozen municipal, provincial and federal politicians came from as far away as B.C, proclaiming their support for the trucking industry.

“We believe in inclusive decision-making,” said Sandhu. “We have a lot to give this country and it’s not just moving goods, it’s changing policy as well. We’ll be at the table shaping every piece [of legislation] that impacts our industry.”

He then introduced a legal team he said will work with the CTOA to defend its members’ classification of drivers. Shari Cohen, a labor lawyer and partner with law firm Davies, said she’s looking forward to working with the association and “pushing back on the targeting of what other industry players and competitors label as the Driver Inc. model.”