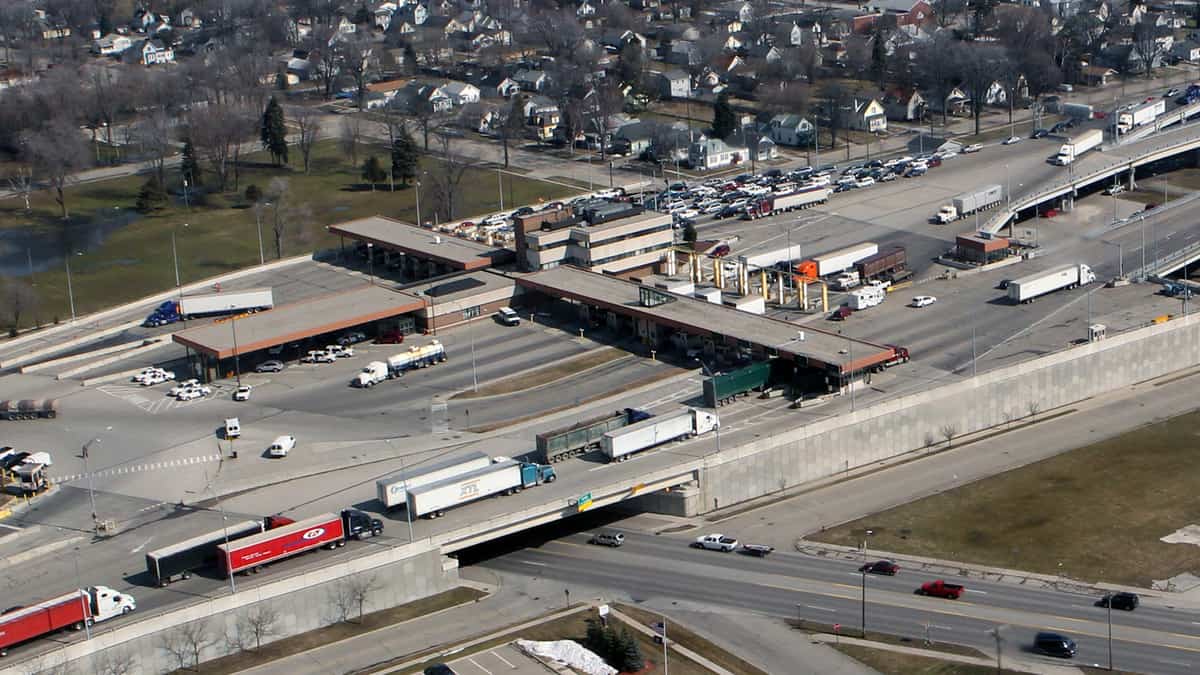 Almost 24% fewer truck drivers entered Canada from the U.S. last week than a year earlier, a sign that COVID-19 is hurting cross-border freight.

Nearly 24% fewer truck drivers entered Canada from the U.S. last week compared to a year earlier, a sign that COVID-19 is hurting the flow of freight between the two countries.

The Canada Border Service Agency (CBSA) said on Tuesday that 88,290 truck drivers entered Canada from its land border crossings with the U.S. from March 23 to 29. During the same week in 2019, 115,239 truckers entered Canada.

The statistics came from the first full week since the U.S. and Canada halted nonessential travel between the countries to curb the spread of the pandemic. The restriction does not apply to trucking.

To what extent the 24% drop in truck drivers reflects a sustained decline remains an open question. The CBSA said the number of crossings on Sunday, March 29, represented a smaller drop of 16% compared to Sunday, March 31, 2019.

The agency also said it is working to “provide assurances that commercial traffic is not impeded.”

“Cross-border supply chains are vital to ensure the continued flow of goods, including food and medical supplies for all Canadians,” the CBSA said.

“It must be noted that no measures have been introduced restricting commercial shipments or rendering certain products as nonessential,” the CBSA said in a statement.

The agency did not state how many trucks had crossed the border. That number likely is somewhat smaller since some trucks have team drivers.