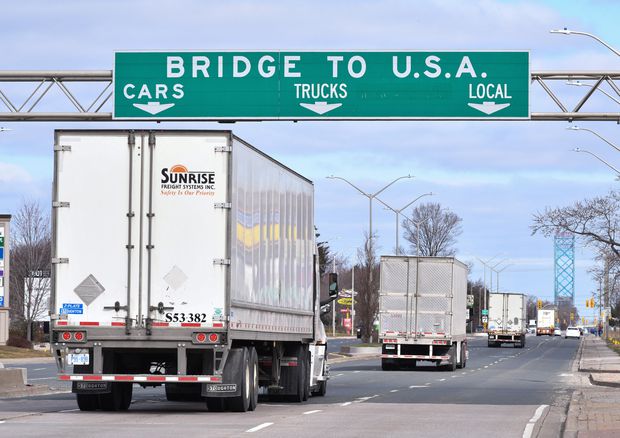 I’m wondering if you find it as ironic as I do. Not too long ago, experts and business folks were waxing poetic about the advent of self-driving trucks. These autonomous behemoths would replace human truck drivers (like yourselves) and fill our highways with legions of robotic Freightliners, Kenworth T680s and Volvo FH16. You’d all be out of work, but hey, they said, that’s business.

Today, those experts and common citizens alike are waking up to the fact that the 317,000 men and women working as drivers in the Canadian truck industry are essential not just to our economy but to our lives. Of course, you’ve always been “essential workers,” but it’s only recently that you’ve been recognized as such.

Along with drivers, there are another approximately 350,000 working in support and logistics. You are risking your well-being during the COVID-19 crisis to make sure we keep getting the things we need to survive, the things to keep our country working. It’s a tough job. Long-haul drivers spend at least one night away from home per week. In recent years, it has been difficult filling the need for new drivers, and there are now shortages of qualified professionals.

That toughness is showing today. Canadian truck drivers, and your counterparts in the United States, are running in and out of COVID-19 hotspots. You do not have protective gear. You work long shifts. You often work alone. Without you, the country would shut down. Until recently, most people didn’t give you a second thought, and if they did, it was likely a derisive one. In March, this attitude was reflected by a lack of proper toilet facilities available on highway routes. Some drivers were told to “use the bushes.”

And yet, despite such poor treatment, you continue to drive.

One of the unintended blessings that this horrible virus has brought is an appreciation for the men and women who get their hands dirty making sure the world keeps spinning. We are calling them essential workers. The cashiers, the nurses, the doctors, the paramedics, shipping people, police, transit workers, sanitation workers and you truck drivers.

In many parts of the country, people are banding together in the evening to applaud these workers and show their appreciation. In Italy, which has been so woefully hit by the virus, people sing opera and serenade one another. That seems to suit their national character. When I think of Canada, I see less nuance.

I’m reminded of Second World War Canadian Private Slim Sanford. In 1944, during the Gothic Line offensive in Italy, his unit was surrounded by German soldiers. Fellow soldier Farley Mowat later described the incident in his book The Regiment.

“Surrender you English gentlemen,” a German officer called out. “You are surrounded and will only die.”

“We ain’t English,” Sanford replied. “We ain’t gentlemen, and we’ll be goddamned if we’ll surrender.”

That seems like the Canadian spirit. If we could punch COVID-19 in the face, we would.

I’ve been trying to conceive of the most appropriate way to recognize the work you truck drivers are doing. Applause is fine, but we need something a little more … frank. Here are a few ideas that didn’t make the grade.

Then it hit me. In the summer of 2003, after SARS had passed, a concert was held in Toronto headlined by the Rolling Stones. It was called various names: SARStock, SARSfest, SARS-a-palooza. On that day, AC/DC blew the Stones off the stage.

To me, that was the moment we put SARS in the rearview.

That’s why I propose – in honour of our nation’s truck drivers – that every radio station in Canada collaborate and agree to play “Back in Black” at 7 p.m. on a yet-to-be determined date. I’m not saying that all truckers like AC/DC. I’m saying that the defiant spirit, the determination to keep rocking and rolling no matter what, is embodied by you truck drivers on the road.

In the meantime, keep on trucking. And thanks.