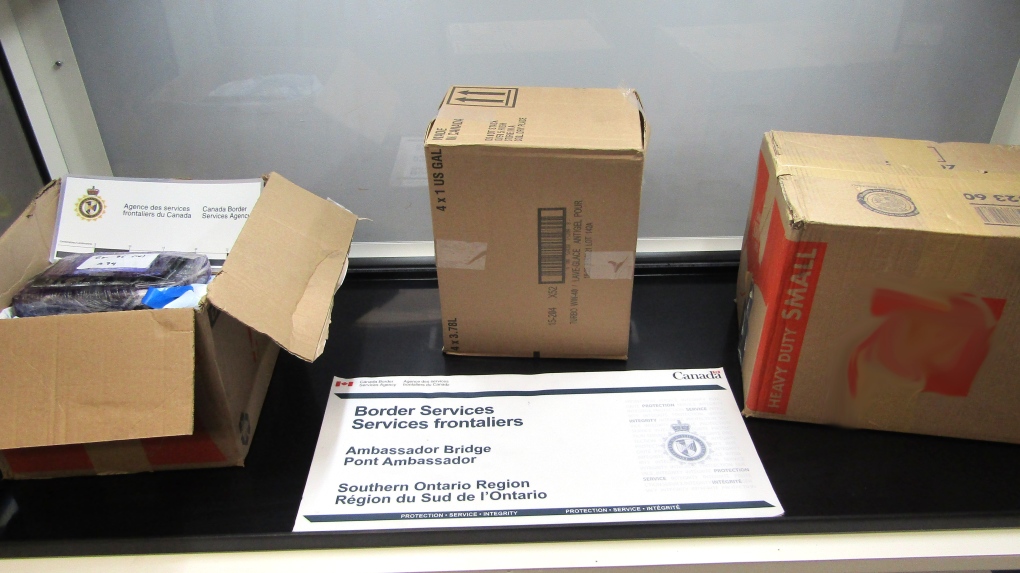 WINDSOR, ONT. — About $4.8 million in suspected cocaine has been seized by Canada Border Services Agency officers at the Ambassador Bridge.

“The Canada Border Services Agency wants to send a very clear message,” says CBSA district director Joe McMahon. “We are absolutely committed to working with our enforcement partners, such as the RCMP, to safeguard Canadians; especially during these trying times. We remain committed to keeping narcotics out of our communities.”

A commercial truck, with two Ontario residents, a driver and co-driver, entered Canada through the Ambassador Bridge in Windsor and was referred for a secondary examination.

During the examination, officers say they discovered suspected cocaine within a mixed commercial load of citrus fruit.

The CBSA officers arrested the two people and seized the suspected narcotics.

The RCMP attended and took custody of both subjects as well as the evidence.

Sukdeep Singh of Brampton, 31, and Inderjeet Singh, 26, of Lindsay, are charged with importation of a controlled substance and possession for the purpose of trafficking.

They are scheduled in court on June 8, at the Ontario Court of Justice in Windsor.

The investigation is ongoing.