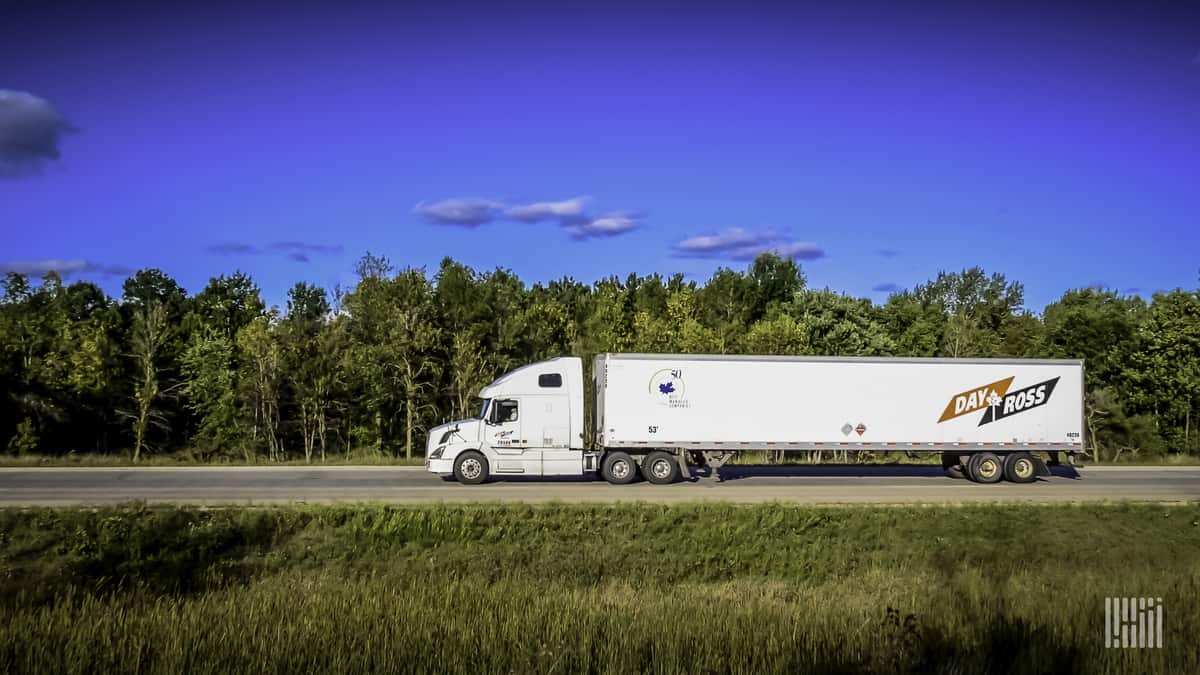 Canadian trucking firm is piloting a carbon emission reduction technology that involves the injection of hydrogen into the engine.

“As a transportation company, Day & Ross relies on traditional combustible fuels and is striving to find new and cleaner alternatives,” said Bill Doherty, CEO of Day & Ross. “We are encouraged by the potential of this new technology to help us minimize our impact on the environment.”

The technology involves the injection of hydrogen to the engine airflow to improve combustion by acting as a catalyst to speed up reaction time. The result should be less energy required for combustion and less fuel usage.

Results will be measured against the baseline data of each truck, as well as two sister units that run the same routes, Day & Ross said.

Day & Ross, which operates with over 8,000 employees and owner-operators in Canada and the U.S., offers less-than-truckload and truckload services as well as cross-border mores, logistics, dedicated fleets, and residential deliveries. The company has been investing in more environmental initiatives, including new terminals with solar panels; advanced heating and cooling; pre-cast wall panels; LED lighting; electric forklifts and charging stations for employee vehicles and yard trucks.

Last-mile technology provider Convey said that shipment volume for the week of April 6-12 was up 55% compared to the same period a year ago.

-FMCSA on proposed rule that would require state’s to stop issuing, renewing or upgrading, and even downgrading in some cases, commercial driver’s licenses or learner’s permits for those with drug and alcohol violations until they complete the return-to-duty process.

Many automakers are discussing restarting plants in the next two weeks, but the United Auto Workers (UAW) union has said that is too soon without more testing. “We have not done enough testing to really understand the threat our members face, Rory Gamble, UAW president, said in a statement. “We want to make sure the scientific data is supportive and every possible health protocols and enhanced protections are in place before UAW members walk into the workplace.” The concerns are real, and as parts of society begin opening up, it is decision that every worker across industries will face – am I safe in the workplace? Hopefully, proper protections will be in place and the answer will be yes.