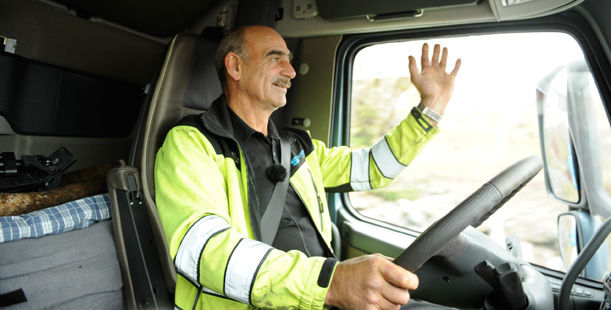 With many restaurants and coffee shops closed due to COVID-19, truckers have been having a hard time finding a bite to eat.

But food trucks are rolling in to the rescue.

The B.C. government has identified rest stop locations where food trucks can set up and sell meals to truckers who are keeping essential supply chains flowing.

Dave Earle, president and CEO of the B.C. Trucking Association, says since most restaurants are closed, it’s been difficult for the past few weeks for drivers to find a place to eat and rest during their long hauls.

“I’m really happy to say that industry has stepped up. We’re in a much different place now than we were a few weeks ago,” Earle said to Gloria Macarenko, host of CBC’s On The Coast.

The association has created a website that shows food trucks, restaurants and facilities that remain open to truckers along routes across the country.

Earle says the truckers have had many food truck meals paid for by sponsors who have stepped up.

“It’s been an absolutely brilliant initiative,” he said.

The food trucks are set up in areas away from restaurants that are also trying to make a go of it, he said.

“We wanted to work with local food truck providers to provide them with some opportunities,” he said. “It’s just grown organically from there.”

So far there are food truck stops outside Merritt, Hope, Kamloops, Kelowna and Chilliwack. Earle says his organization is working to get another up and running in the area of Grand Forks.

“The things that you and I rely on every day don’t just magically appear. Somebody has to move them, somebody has to get them there. Let’s recognize the hard work that these people do as they bring us what we need every day to get by.”