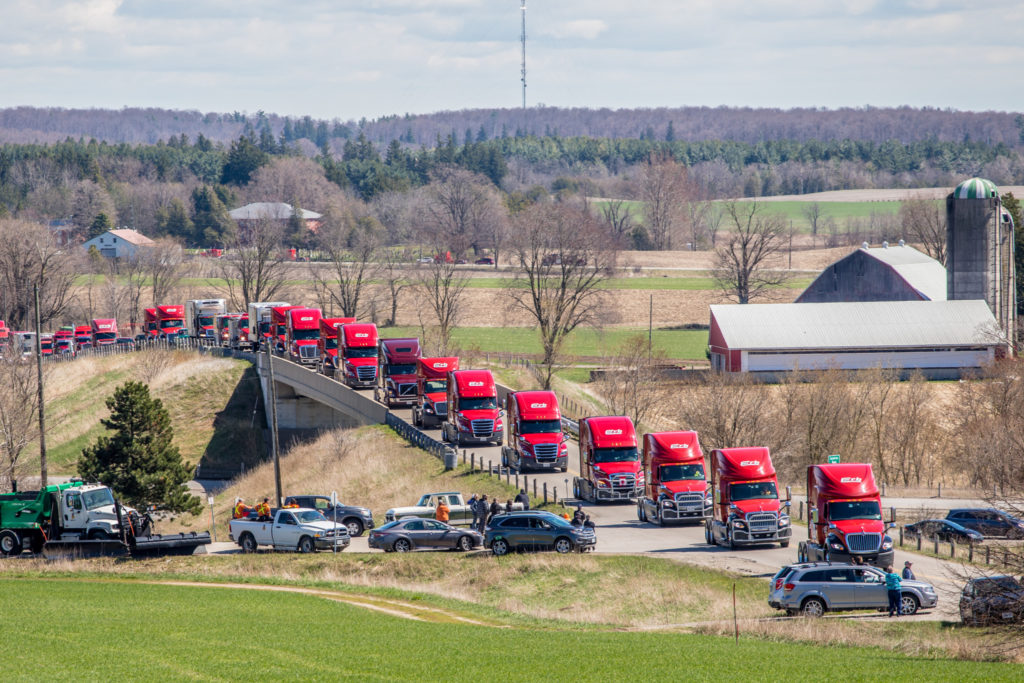 WILMOT TOWNSHIP, Ont. – Hundreds of vehicles descended on Wilmot, Ont., on Friday to honor its most famous resident, Vernon Erb.

Erb, 84, founder of the Erb Group of Companies, has been diagnosed with an aggressive form of cancer. The convoy was organized by Erb’s family and friends to pay tribute to him.

She said he was “overwhelmed” by the convoy of some 300 vehicles.

“He is so modest and humble that he just didn’t expect anything of that magnitude.”

Katie Erb also said that her grandfather chose to leave the hospital so he could be with his friends and family.

“(Otherwise) he wouldn’t be able to have visitors in the hospital due to Covid-19. “

She said less than 24 hours after the event was created, it brought out the whole community, with people lining the streets and watching from their driveways.

Town Councillor Angie Hallman, who was among the participants, said the event was filled with emotions.

“The trucking community is tightly knit and they showed up to show their appreciation for Mr. Erb and offer their respect,” she said.

“Mr. Erb’s legacy is a profound one. My heartfelt thanks to him for his generosity and commitment to our community throughout his life.”

Erb started out with one dump truck in 1959. Erb Transport has since grown to become one of Canada’s biggest trucking companies employing some 1,500 people, including owner-operators.

In an interview with Today’s Trucking in August, when the company celebrated its 60th anniversary, the senior Erb said he was quite happy the way things were going.

“It doesn’t seem like 60 years. It sorts of went way beyond what I had anticipated back 60 years ago.”

He said the industry had changed “an awful lot” in that time.