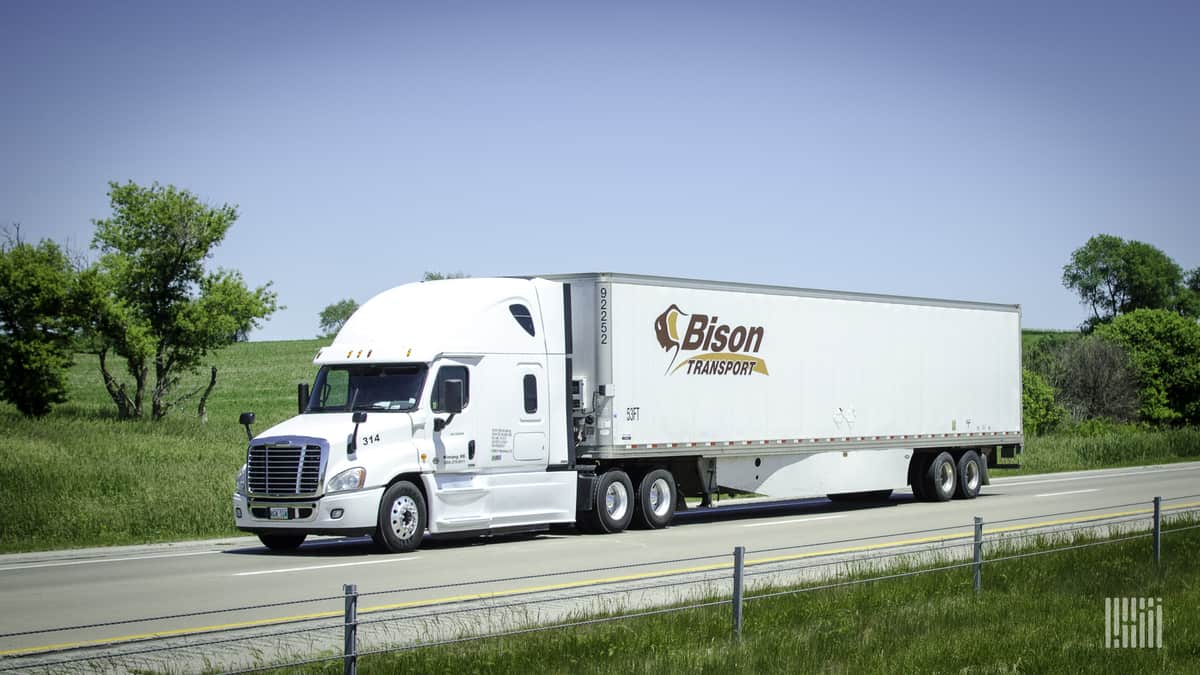 “I hope like hell we never have to avail ourselves of it,” Challenger president says as the Canadian government emerges as a lender of last resort for the country’s largest businesses.

A small group of Canadian trucking companies got a piece of good news when the federal government announced on Monday it would become a lender of last resort for the country’s biggest firms.

Prime Minister Justin Trudeau characterized the Large Employer Emergency Financing Facility as “bridge financing, not a blank check.” It’s intended to keep Canada’s largest companies in business during the COVID-19 pandemic in the event they exhaust their access to credit.

Companies generating C$300 million (about US$214 million) in annual revenue will be eligible for the program. It’s unclear how many Canadian carriers meet that requirement since Canada has just three publicly traded trucking companies. But estimates from those who follow the industry closely suggest the number is around 20.

“It’s good to see it there for companies that run up against their covenants through no fault of their own,” Rob Penner, CEO of Bison Transport, told FreightWaves. “But it concerns me if it ends up prolonging the agony of companies that were already failing pre-COVID-19.”

The lending facility adds to a barrage of measures from the Canadian government in response to the economic fallout from COVID-19. It also follows the more targeted approach of measures such as the 75% wage subsidy.

“I hope like hell we never have to avail ourselves to it,” Dan Einwechter, president of Ontario-based transportation and logistics company Challenger, told FreightWaves.

The Canadian government has released few details on the Large Employer Emergency Financing Facility. But officials made clear that companies will need to open up their books and follow strict rules including limits on dividends and executive pay.

Winnipeg-based Bison generated about C$750 million in 2019 and has about 2,900 employees. The cross-border transportation and logistics company is contending with higher costs, lower freight volumes, empty miles and “predatory pricing in full swing,” Penner said.

Whether Bison would ever consider applying for the federal lending facility would depend on details of the program, Penner said. But he noted that Bison’s business remains resilient.

“All in all, we’re quite fortunate that the business we have is quite diverse, and that we’ve been able to shift to lanes with higher demand,” Penner said.

Even if carriers end up not needing to use the federal lending facility, they may benefit from large shippers having the additional backstop, particularly in the oil and gas sector. “If it helps make sure customers have enough money to pay me, then that’s good,” Einwechter said.

Canadian freight volumes have continued to push upward since hitting a low in mid-April, according to FreightWaves’ SONAR platform. U.S.-to-Canada truck crossings also rose by 4.4% last week but remain 33% off levels from a year earlier, according to Canada Border Services Agency data.

Peter Stefanovich, the managing partner at Left Lane Associates, a Toronto-based firm that advises transportation companies on mergers and acquisitions, likened the federal government’s measures to date to “pennies on the dollar” for what trucking companies of all sizes will need.

“They’re OK for the next few months, But things are going to hit the fan in the fall,” Stefanovich said. “Truck leases, corporate taxes, insurance premiums, mortgage deferrals are all coming due. It’s going to be a big problem.”

The Canadian Trucking Alliance is pushing for a three-month deferral of payroll taxes to allow carriers to hold onto additional cash. The proposal amounts to a zero-interest loan that would be paid off over 12 to 18 months.

Left Lane has seen an uptick in carriers looking into to sell. While major carriers TFI International and Mullen Group have put large acquisitions off the table, buyers remain out there.

But carriers seeking an easy exit may not find it, at least not at a price they want.