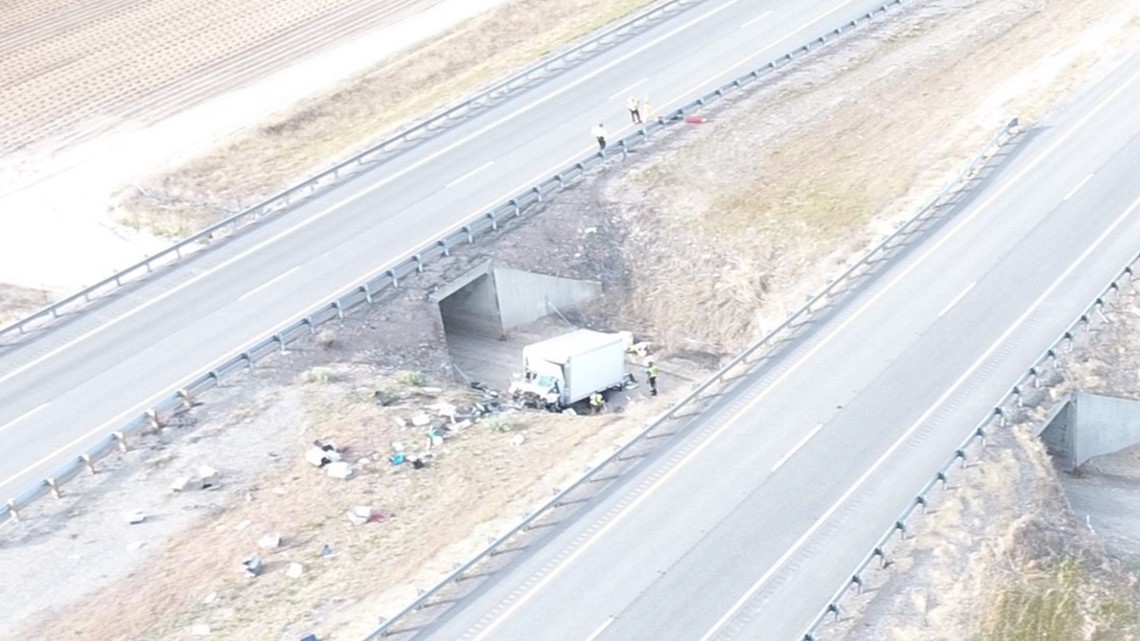 Police said the driver was taking the dogs to Calgary, Alberta, Canada for adoption.

POCATELLO, Idaho — Two Arizonans and 14 dogs were killed on Friday after a rental truck crashed into an embankment on Interstate 15, according to police.

Idaho State Police said 38-year-old Ann Watson and 40-year-old Christopher Kracht, both of Phoenix, AZ, died from in a crash that happened at mile marker 105 on Interstate 15, which is west of Shelly, at about 6 a.m. Friday.

The truck, a Ford Econoline box truck, left the freeway, went onto the left shoulder, went on the median, and then crashed into an embankment, police said.

Idaho State Police are still investigating the cause of the crash.

Kracht, the driver of the box truck, was taken by helicopter to Eastern Idaho Regional Medical Center in Idaho Falls, where he later died from his injuries. Police said he was wearing a seatbelt. Watson was pronounced dead at the scene of the crash, according to police. She was not wearing a seatbelt.

Their next of kin has been notified.

Investigators found that Kracht, who rented the box truck, volunteered for a nonprofit animal rescue and was transporting 48 dogs of different breeds and ages to Calgary, Alberta, Canada for adoption.

Police said 14 dogs were killed in the crash, 18 were found, but 16 dogs are lost. Anyone that finds one of the missing dogs is urged to contact Bingham County animal control.

Local vets are helping the shelter by sheltering and taking care of the surviving dogs.

Idaho State Police said someone from the nonprofit told troopers that they are traveling to Bingham County to take the remaining dogs to Canada for adoption.