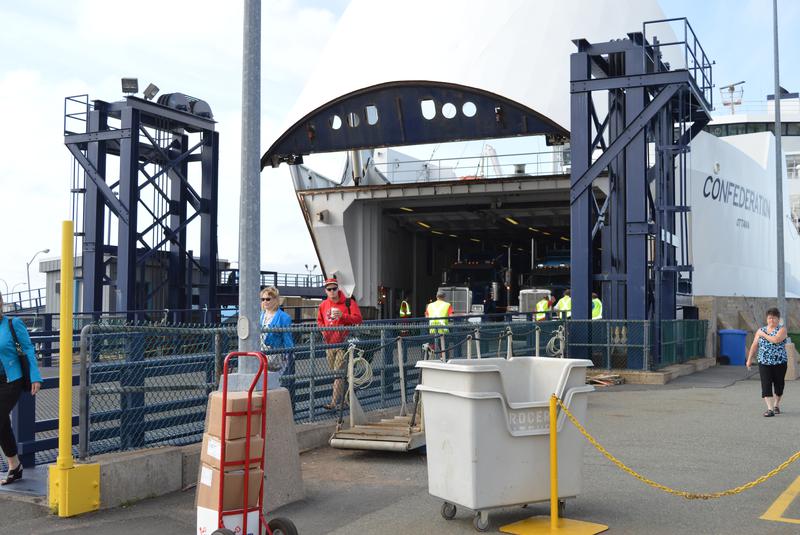 The P.E.I.-Nova Scotia ferry service will start operating for truckers only May 15.

Northumberland Ferries Ltd. had been planning to begin operations as usual at the start of May, ensuring COVID-19 health measures were at the forefront and only permitting essential travel. However, NFL announced on April 17 that the service would be delayed.

According to the media release, it was to be reopened “no earlier than June 1, 2020”.

At the time, Liberal MP Lawrence MacAulay wanted the service – which links Wood Islands, P.E.I., to Caribou, N.S. – reopened as quickly as possible because of the impact it would have on eastern P.E.I.’s economy.

“It’s costing us every day,” he said at the time.

But now, NFL has decided to move its re-opening date ahead to Friday, May 15. The announcement was made via a media release from the company on May 13.

The service will only be operating for large commercial trucks and their drivers at first, but NFL hopes to soon allow other essential travellers as per inter-provincial restrictions. It will run six days a week, from Sunday to Friday, and will feature a number of health regulations to ensure both public and employee safety, the release said.

Russell Compton, president of the Eastern P.E.I. Chamber of Commerce, had published a late-April statement on behalf of his organization and his region’s businesses. It urged public health officials and NFL to consider opening the ferry service earlier than June.

“(So) we’re very happy to hear that P.E.I. listened,” he told The Guardian on May 13. “It’s just a big help to the trucking industry and all the businesses down this way.”

Following the announcement, MacAulay said he was very glad about NFL’s decision. He and Premier Dennis King had been working together to help speed up the re-opening process because they knew the strain it put on Eastern P.E.I., namely by forcing its truckers to rely solely on the Confederation Bridge.

“It adds $500 to $700 to a load, which of course comes out of the farmer’s pocket. And that’s not good,” he said. “We knew, both of us, how vitally important it was for the economy – from Charlottetown east.”

And like the ferry, the impacts of this decision goes two ways.

Jack Kyte, executive director of the Pictou County Chamber of Commerce, expressed relief at hearing news of the decision. Resuming ferry services is certainly a big deal for the trucking companies in his Nova Scotia region, he said.

“It’s good for both sides,” he said. “Kudos to the governments of both provinces.”