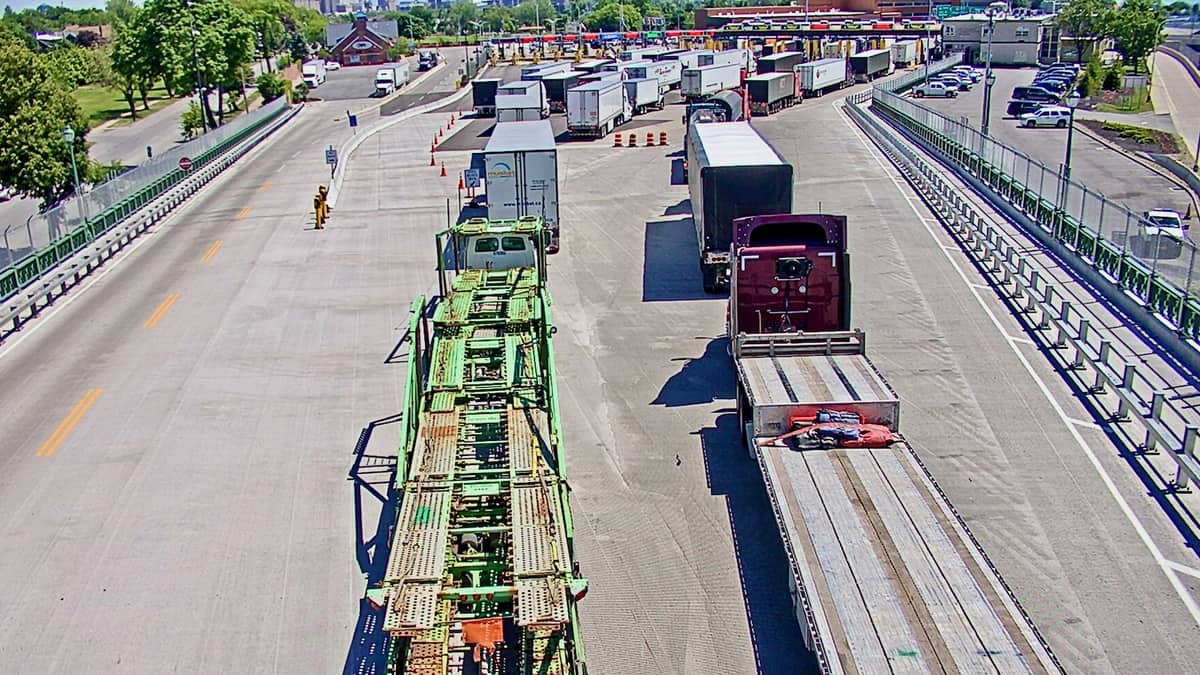 More than 100,000 trucks crossed the United States-Canada border last week, a level not seen since it closed to non-essential travel in March because of the COVID-19 pandemic.

The Canada Border Service Agency (CBSA) announced on Wednesday, June 17, that just over 101,000 truck drivers crossed into Canada from the United States during the week ending June 14. The tally, which roughly corresponds to individuals trucks, has trended upward since April.

Last week’s border tally still represented a 15.62% decline in truck traffic compared to the same period in 2019. But it also reflects a robust recovery from COVID-19 lows of more than 30% lower compared to a year ago.

The rebound in cross-border truck traffic likely reflects the reopening of economies in the U.S. and Canada. The resumption of auto manufacturing in both countries also is a likely contributor.

The Outbound Tender Volume Indexes for Canada and the U.S. on FreightWaves’ SONAR platform have trended upward since April.

It also offers a clear sign that the recovery in truckload freight volumes in Canada and the United States is carrying over in cross-border flows. The Outbound Tender Volume Index for Canada on the FreightWaves SONAR platform (OTVI.CAN) has tenders higher alongside cross-border truck traffic.

The U.S.-Canada border has remained open for commercial vehicles since the two countries closed it for non-essential travel. While the border closure itself hasn’t impacted the flow of trucks crossing the border, it coincided with the lockdowns in U.S. states and Canada’s provinces.

The border will remain closed for non-essential travel until at least July 21.

The CBSA began releasing weekly statistics of border crossings after the March 22 closure.