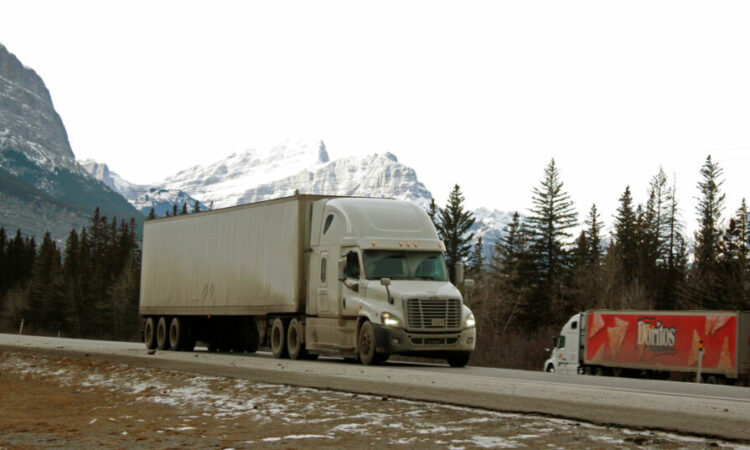 Insurance premiums have increased exponentially over the past decade for Alberta fleets, impacting the bottom lines and hiring practices for carriers.

Whether large or small, carriers across the province have seen insurance rates skyrocket, including Rosenau Transport, where premiums have doubled in the past 10 years.

In an attempt to keep premiums from ballooning, Rosenau’s driver training program has increased and been intensified, but that too comes at a cost.

As Carl Cave, director of risk and compliance for Rosenau, explained to Today’s Trucking, fleets must look for a variety of ways to mitigate rising insurance rates.

“We have a close relationship with our insurer and adjusting company,” said Cave. “We conduct almost all investigations for our insurer, which keeps adjusting costs lower. The investigations help delve into causes of collisions and breakdowns and we can target those behaviors to make corrections.”

Because of the relationship Rosenau has established with its insurer, its premiums are based on a per-unit basis, with consideration being taken for the company’s historical losses. This means training and claims management is of the utmost of importance to help lower rates.

“I know of some new owner-operators just wanting to get into the business and their insurance rates quoted were exorbitant,” said Cave. “I expect that as older drivers retire, costs will rise further due to the inexperience of younger drivers.”

Cave said there are ways younger drivers can avoid, or at least temper, high insurance costs, and it all starts with proper training.

“Having training completed at accredited schools will be one method to show that younger drivers are serious about the profession,” said Cave, adding that compliance with National Safety Code and provincial regulations will also be beneficial. “When looking at a driver’s history from their abstract, inspection passes, and lack of violations will all show the attention to meeting regulatory compliance and make those drivers more attractive to employers.”

Other carriers have seen increases in insurance premiums like Rosenau, but not all to the same extent. One such company spoke to Today’s Trucking under an agreement of anonymity, saying they have experienced an increase of around 40% in the last decade.

“Unfortunately, in the trucking industry, the most important variable is your bottom line,” the carrier representative said. “Insurance is one of your biggest operating costs and increases to insurance affects your bottom line in a negative way. Some other carriers will try to cut other operating expenses elsewhere. When this happens, things can go bad very fast.”

With the type of work this particular carrier performs, it does not even consider hiring drivers who do not have any experience. But there are ways new drivers can work toward gaining experience and get noticed by these kinds of fleets.

“Clean driver’s abstracts are very important. Insurance companies can be very critical on poor abstracts,” they said. “If fleets have mentoring programs, or job shadowing, that can help with insurance companies.”

Chris Nash, president of the Alberta Motor Transport Association (AMTA), said some carriers in the province are reporting insurance premium increases of up to 400% in the last couple of years, something that has a trickle-down effect on everyone.

“This is concerning for an industry not only dealing with a driver shortage but a sluggish economy,” said Nash. “The part that is most important is these increases not only affect the carrier, as the cost to move goods goes up, so does the cost on the shelf for consumers for the products carriers move.”

When it comes to the driver shortage, Nash said high insurance rates contribute to the cost to hire and train new drivers – a process that is not happening as fast as experienced drivers are retiring.

“There is no recognized training or driver assessments for young drivers to satisfy insurance providers enough to reduce carrier insurance premiums,” said Nash. “Mandatory entry-level training (MELT) was a welcome start. However, MELT does not necessarily make a newly licensed young driver employable. The carrier’s additional insurance and the training costs required to safely allow a young driver to operate on the road independently is simply too much.”

Because of these high costs, Nash said most carriers look to hire experienced drivers to reduce onboarding costs, or they do not have the resources to provide the additional training young drivers require.

To help ease insurance premiums for its members, the AMTA is working with stakeholders to identify safety training and performance indicators that could be used by insurance providers to assess carrier, driver, and risk performances.

“Based on the indicators, the insurers would set carrier premiums based on these results,” said Nash. “This is a proactive approach that would reward carriers that invest both time and money into safety as a culture while proving they are operating safe fleets with the goal of making sure everyone gets home safely.”

Nash also says the stereotypical view that young drivers are not as safe as their experienced counterparts is based on statistics from all types of vehicles, not just commercial trucks, which can skew results, as professional drivers receive more extensive training.

But this does not mean commercial drivers are immune to mistakes.

Cave said during his near 30 years as a risk manager and 15 as a safety professional, the majority of incidents he has seen all have a common theme.

Nash added that he hopes insurers recognize fleets that are making the effort to be safe on the road and reward them when it comes to premiums.

“Carriers in an industry that is very economically competitive predominantly cannot afford the time or the cost to hire, insure, train, and develop young drivers and therefore creates a barrier to entry for young drivers,” he said. “If insurers would recognize carriers that invest in proper training for young drivers, premiums should reflect that reduction in risk, which would allow new, young drivers a way into the industry.”